Rick Becker begins his piece with,

Scripture warns us that in the last days some will depart from the faith, and be deceived by evil spirits and teachings of demons. Those who teach false doctrines are not on the fringes of Christianity, they are in the center in the form of the Evangelical Industrial Complex.  Bethel, Hillsong and other NAR “churches” have infested the visible church like gangrene.  Those who are saved from this deception, try to warn their friends and family still caught up in the quagmire of celebrity teachers and false doctrines.  When we warn them of the precarious position they are in, they usually resort to arguments we are all familiar with. This post deals with some of those questions.

Then he offers what he believes are 10 invalid arguments people use to defend false teachers.  For example, “Who are you to judge?!” People involved in online apologetics and discernment ministries get this thrown in our faces all the time. Berean Research’s response to the judging jab is here. Becker responds to the finger-waggers with, “Jesus exercised righteous judgement by calling out sin and rebuking false teachers.  The epistles are replete with examples of judging sin, church discipline, and exposing false doctrine.”  And then he adds this zinger: “The person accusing you of exercising discernment is in fact judging you!”

Rick Becker’s post can be found over at Famine In The Land: 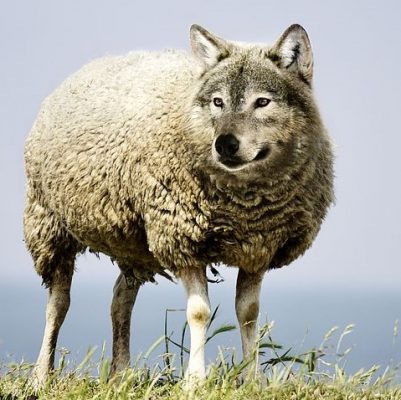 Beware of false prophets, who come to you in sheep’s clothing but inwardly are ravenous wolves. ~ Matthew 7:15

Do you know them personally?

It is not necessary to know figures such as Brian Houston or Bill Johnson personally to test their teachings.  Those of us who come out of these churches know what it takes to work your way up the hierarchical structure in order to “get to know them personally.”  Have they taken the time to get to know the people whose faith has been shipwrecked due to their teachings?  Do they care that their sponsored posts reach millions of naive and biblically illiterate people?  Not content with shepherding their own congregations,  these hirelings spread their doctrines with impunity.  They are not contributing to the body of Christ, but building their own empire.

Their teachings are in print, on social media, in the public domain and therefore open to public scrutiny.  It is their teachings we examine and compare to the word of God – as instructed in scripture.  If the apostle Paul’s teachings were compared to scripture, why give modern day apostles a pass?

“Now these Jews were more noble than those in Thessalonica; they received the word with all eagerness, examining the Scriptures daily to see if these things were so.” Acts 17:11

“ Beloved, do not believe every spirit, but test the spirits to see whether they are from God, for many false prophets have gone out into the world.” 1 John 4:1-2

Have you approached them directly?

Many will cite Matthew 18:15-18 as justification of a direct and private approach to dealing with false teachers: “ “If your brother sins against you, go and tell him his fault, between you and him alone. If he listens to you, you have gained your brother. But if he does not listen, take one or two others along with you, that every charge may be established by the evidence of two or three witnesses.  If he refuses to listen to them, tell it to the church. And if he refuses to listen even to the church, let him be to you as a Gentile and a tax collector.  Truly, I say to you, whatever you bind on earth shall be bound in heaven, and whatever you loose on earth shall be loosed in heaven.”

In context, the issue is between two believers in a congregation. False teachers are not “your brother” – they are wolves in sheep’s clothing.  Their messages are public, and their sin is against the whole body of Christ.  There is no need to bring any witnesses to the table when it comes to false teachers, their own witness in the form of their teachings, condemn them.  This passage is instructive regarding church discipline, not how to deal with false teachers.  Incidentally, this is the same passage many use to justify the teaching of binding and loosing Satan.  Once again, that is an unbiblical concept as the text is dealing with church discipline among believers, not spiritual warfare.

If you are fortunate enough to be one of those rare cases where a celebrity prophet or apostle takes time to meet a concerned stranger, use your opportunity wisely.  Attempting to reach them via social media and email is usually a fruitless endeavour.  Most of these well known leaders have a team that manage their correspondence; the chances that you will actually get a direct reply from the teacher concerned is highly unlikely.  Many of these ministries have a culture of ignoring any outsiders who ask questions – legitimate questions.  They refuse to entertain what they deem as attacks on their ministry.

Why don’t you just pray for them?

Jesus didn’t pray for the pharisees, he rebuked them openly.  When Peter compromised the truth of the gospel, Paul didn’t cover up the issue and offer a silent prayer for Peter: “ But when Cephas came to Antioch, I opposed him to his face, because he stood condemned.” Galatians 2:11

We don’t ignore false teachings in the body of Christ.  When Paul wrote to Timothy warning him of those who have departed from the faith due to false teachings, he instructed Timothy to point out the errors : “If you put these things before the brothers,  you will be a good servant of Christ Jesus, being trained in the words of the faith and of the good doctrine that you have followed.”

The entertainment-driven church
The Basic Spirituality of Yoga