Author, speaker and national talk show host Julie Roys asks a twofold question: Are Christians supposed to judge or not judge? And just what is the Christian standard? 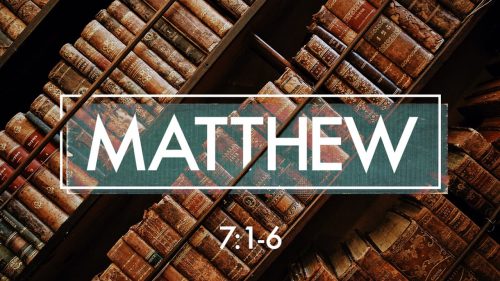 It happened when I posted something to social media lamenting author Jen Hatmaker’s disastrous decision to affirm gay unions. It happened again when I criticized a Saturday Night Live writer for attacking Barron Trump, the 10-year-old son of the president. Truth is, it happens anytime I make a judgment about anything or anyone.

“Christians are not to pass judgments, only state the truths,” one person commented.

“Christ taught us to LOVE EVERYONE. Judgments are for our father in heaven, not us,” said another.

And ironically, someone even stated, “You obviously are not a Christian because Jesus told us not to judge.”

In some ways, these statements reflect the ethic of our culture. Judging is wrong – except when it’s not. (Apparently, it’s wrong to judge someone’s sexual behavior, for example, but perfectly legitimate to judge someone for wearing fur or emitting too much carbon.) Yet, we judge all the time. (How could anyone hire a babysitter without judging?)

As David S. Oderberg, professor of philosophy at University of Reading, wrote, “We in the liberal, democratic West live in a society with a split personality, deriving from our own individual dissociative traits. . . . We do not want to appear (or even to be) judgmental, but we also know that we do judge our fellows continuously, and believe this is often justified.”

As Christians, we take our cues from Scripture, not culture. But even Scripture appears to give conflicting messages about judging. In Matthew 7:1, Jesus says, “Do not judge,” but in 1 Corinthians 6:2-3, the apostle Paul says, “(T)he Lord’s people will judge the world. . . How much more the things of this life!”

So what gives? Are Christians supposed to judge or not judge? And just what is the Christian standard?

As someone who regularly writes and speaks publicly, this is something I have sought to understand. And it’s really not all that complicated when one studies the Scriptures in context, and considers the whole counsel of Scripture, not just a few select verses. So in the interest of clarity, I offer the following biblically-based principles concerning judging.  Continue reading

Should I listen to haters who hate The Shack?
A Culture of Counterfeit Christians

192 Responses to 5 Ways Christians Should Judge