“Satan’s greatest ambassadors are not pimps, politicians, or power-brokers, but pastors,” warns Tim Challies. “His priests do not peddle a different religion, but a deadly perversion of the true one. His troops do not make a full-out frontal assault, but work as agents, sneaking into the opposing army. Satan’s tactics are studied, clever, predictable, effective.”

The following is from Tim Challies’ Deadly Doctrines series: 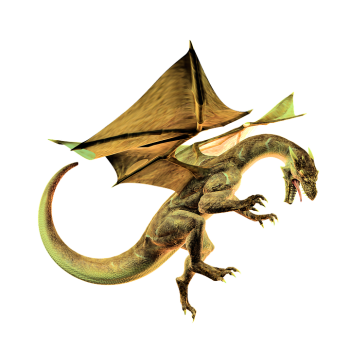 The Prophet claims to be gifted by God to speak fresh revelation outside of Scripture—new, authoritative words of prediction, teaching, rebuke, or encouragement. In reality, though, he is commissioned and empowered by Satan for the purpose of misleading and disrupting Christ’s church.

The history of Christ’s church is inseparable from the history of Satan’s attempts to destroy her. While difficult challenges have arisen from outside the church, the most dangerous have always been from within. For from within arise the false teachers, the peddlers of error who masquerade as teachers of truth. False teachers take on many forms, custom-crafted to times, cultures, and contexts. Here are seven of them you will find carrying out their deceptive, destructive work in the church today. Please note that while I have followed the biblical texts in describing them in masculine terms, each of these false teachers can as easily be female.

The Heretic is the most prominent and perhaps the most dangerous of the false teachers. Peter warned against him in his second letter. “But false prophets also arose among the people, just as there will be false teachers among you, who will secretly bring in destructive heresies, even denying the Master who bought them, bringing upon themselves swift destruction” (2 Peter 2:1). The Heretic is the person who teaches what blatantly contradicts an essential teaching of the Christian faith. He is a gregarious figure, a natural leader teaching just enough truth to mask his deadly error. Yet in denying the faith and celebrating what is false, he leads his followers from the safety of orthodoxy to the peril of heresy.

From the church’s earliest days, she has been afflicted by the Heretic in his various forms. He continues his evil work today, sometimes by contradicting the truth and sometimes by adding to it. He may reframe the doctrine of the Trinity, as Arius did in the third century and as Oneness Pentecostals do today. He may, like Marcus Borg and other prominent scholars, deny the virgin birth or the resurrection of Jesus Christ. Like Jehovah’s Witnesses, he may alter God’s finished word, or like Mormons, he may add to it. Always, he boldly tampers with “the faith that was once for all delivered to the saints” (Jude 1:3).

The Charlatan is only interested in the Christian faith to the extent that it can fill his wallet.

The Charlatan is the person who uses Christianity as a means of personal enrichment. Paul charged Timothy to be on guard against him. “If anyone teaches a different doctrine and does not agree with the sound words of our Lord Jesus Christ and the teaching that accords with godliness, he is puffed up with conceit and understands nothing. He has an unhealthy craving for controversy and for quarrels about words, which produce envy, dissension, slander, evil suspicions, and constant friction among people who are depraved in mind and deprived of the truth, imagining that godliness is a means of gain” (1 Timothy 6:3-5). The Charlatan is only interested in the Christian faith to the extent that it can fill his wallet. He uses his leadership position to benefit from others’ wealth.

Simon Magus was motivated by the love of money when he tried to purchase the power of the Holy Spirit (Acts 8:9-24). Since him, the Charlatan has appeared in many forms, always seeking prominence in the church so that he can live in extravagance. When Pope Leo X famously commissioned Tetzel to sell indulgences, the profits not only funded the reconstruction of St. Peter’s Basilica, but also his luxurious lifestyle. In the 1990s, televangelist Robert Tilton brought in tens of millions of dollars each year by exploiting the vulnerable and gullible. Today Benny Hinn, Creflo Dollar, and a host of others peddle the prosperity gospel to enrich themselves from their followers’ gifts.

The Prophet claims to be gifted by God to speak fresh revelation outside of Scripture—new, authoritative words of prediction, teaching, rebuke, or encouragement. In reality, though, he is commissioned and empowered by Satan for the purpose of misleading and disrupting Christ’s church. John offered an urgent warning about him. “Beloved, do not believe every spirit, but test the spirits to see whether they are from God, for many false prophets have gone out into the world” (1 John 4:1). Christians must “test the spirits” to determine if they originate with the Holy Spirit or with a demonic spirit. Later, John declared that God has spoken fully and finally in Scripture and offered the most solemn warning against anyone who claims to bring revelation equal or contrary to Scripture. “I warn everyone who hears the words of the prophecy of this book: if anyone adds to them, God will add to him the plagues described in this book, and if anyone takes away from the words of the book of this prophecy, God will take away his share in the tree of life and in the holy city, which are described in this book” (Revelation 22:18-19).

The Prophet appears throughout the history of the church. As early as the second century, Montanus and his disciples claimed to speak on behalf of the Holy Spirit. In the nineteenth century, Joseph Smith claimed to receive The Book of Mormon from the angel Moroni. Today the airwaves are chock-full of people claiming to speak in the name of God through the power of the Spirit. Personal prophecies are just a phone call away. Sarah Young, author of the top Christian bestseller of the decade, boldly claims that her book contains the very words of Jesus. The Prophet continues to speak, to lead astray.  Continue reading

How Jesus Called Out False Teachers and Deadly Doctrines

2 Responses to 7 False Teachers in the Church Today