Posted By Marsha West on November 4, 2015 in Roman Catholicism
Share 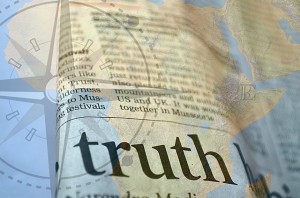 About 10 years ago I was walking around the Duomo of Milan and these ladies captured my attention as they were staring at this stained glass picture of Mary. Being spotted by one of the ladies she quickly came to me to hand me a rosary. As she tried to convince me to take it, I said that I only needed to pray to God and that I would not pray to Mary, her shock quickly turned to anger and she said “may Mary whip you with the seven whips of Satan!” As I booked it out of there I was wondering to myself first of all, why is Mary working with Satan? But second of all and more importantly, how in the world do you get to that point where one talks to Mary more than God? How do you get to the point where you pray 10 prayers to Mary for every prayer to God? Well in honor of the lady who cursed me that fateful day, here are 7 problems with the Roman Catholic Mary.

She’s the mother of God

495 Called in the Gospels “the mother of Jesus”, Mary is acclaimed by Elizabeth, at the prompting of the Spirit and even before
the birth of her son, as “the mother of my Lord”.144 In fact, the One whom she conceived as man by the Holy Spirit, who truly became her Son according to the flesh, was none other than the Father’s eternal Son, the second person of the Holy Trinity.

Hence the Church confesses that Mary is truly “Mother of God” (Theotokos).145

In order to refute certain heresies that taught against the Hypostatic Union, the early Church named Mary the Theotokos (wrongly translated the mother of God, it actually means the God-bearer), not in order to raise Mary to a God-like level but rather to correct the heresy about Jesus.  Over time this developed into this strange idea that Mary was the spiritual mother of Human beings. As time went on, Mary received more and more honor to the point where the following statements about her began to appear. It’s fascinating how in order to protect the church from heresies about Christ, the Church unknowingly ended up creating one about Mary. Some say that when Constantine made all of Rome “Christian” the pagans now forced to be “christians” brought in several idols. One of these idols was the mother goddess. They say that they replaced the worship of the mother goddess with the worship of the Roman Catholic Mary.

493 The Fathers of the Eastern tradition call the Mother of God “the All-Holy” (Panagia), and celebrate her as “free from any stain of sin, as though fashioned by the Holy Spirit and formed as a new creature”.138 By the grace of God Mary remained free of every personal sin her whole life long. CCC (The Catechism of the Catholic Church)

The Bible clearly states that all have sinned and fall short of the glory of God (Rom 3:23

) Mary herself refers to her Son as her personal savior (Luke 1:47

adds, “If any man says he has no sin he is a liar and the truth is not in him.” Mary was a sinner who needed to be born-again just like everyone else who has ever taken a breath. Claiming that somehow she was without sin leads us to have a view of her that is unhealthy. This is an example of adding to Scripture, we end up venerating her, looking up to her and this leads us into thinking that somehow she has grace to impart on us.  Continue reading

READ OUR WHITE PAPER ON THE ROMAN CATHOLIC CHURCH

2 Responses to 7 Problems With the Roman Catholic Mary