Elizabeth Prata of The End Time responds to Thursday’s massacre during a “Black Lives Matter” protest in Dallas where twelve people were shot by a lone sniper.  Five police officers died and seven others were wounded.  Prata writes:

No, we are not good.

We awaken to this today: 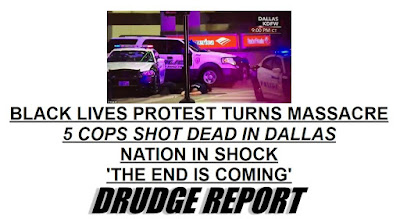 How can this happen, people wonder. It happens because of sin. Man is born a sinner, and it is only God’s common grace that retrains a man from murdering every day. However, God’s restraining grace is lifted as He abandons a nation. I wrote about that yesterday.

So, man turns to false religion to help him restrain the evil in him. But this does not work, either. The harder man tries, the more he fails.

“False religion cannot restrain sin in the heart, although it can mask it with self-righteousness.” Principles of God’s Judgment 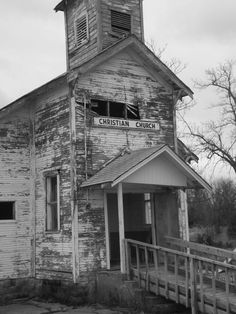 When an individual or a nation resists the Law, the conscience, and common grace in creation long enough, God gives them over to the lusts of their heart.

“God will abandon sinners to their own choices and the consequences of those choices. And just what is this abandoning act on God’s part, it is the removal of restraining grace. It is when God lets go and turns a society over to its own sinful freedoms and the results of those freedoms. No Scripture more directly confronts this abandonment and its consequences than Romans 1 does.” When God Abandons a Nation

Three times you have the statement, “God gave them over.” This term paradidomiin the Greek can have a judicial sense. It can be used of a judgment made on a criminal who was then handed over for punishment. Each of these phrases expresses the fact that the wrath of God has acted judicially to sentence sinners. It is God officially giving them over. It is God letting them go to the uninterrupted cause and effect their sinful choices produce. When this judgment falls, there is a depriving of restraining grace and sin runs rampant through a society. When God Abandons a Nation

And false religion includes the atheist and agnostic, the ‘no-choice’ person, because those are just religion of self. This is why we need Jesus, all people do. The sin of man is inherent in his heart and only Him from above who is without stain can resolve our sin problem. All men need the Gospel.

The Gospel is not “having purpose in your life”. It is not “accepting Jesus” or praying a prayer. The Gospel which everyone needs is good news, as Ligonier explains:

“The gospel is called the ‘good news’ because it addresses the most serious problem that you and I have as human beings, and that problem is simply this: God is holy and He is just, and I’m not. And at the end of my life, I’m going to stand before a just and holy God, and I’ll be judged. And I’ll be judged either on the basis of my own righteousness–or lack of it–or the righteousness of another. The good news of the gospel is that Jesus lived a life of perfect righteousness, of perfect obedience to God, not for His own well being but for His people. He has done for me what I couldn’t possibly do for myself. But not only has He lived that life of perfect obedience, He offered Himself as a perfect sacrifice to satisfy the justice and the righteousness of God.”

“The time is fulfilled, and the kingdom of God is at hand; repent and believe in the gospel.” (Mark 1:15)

The sad truth is, that as we awaken to news of a cold-blooded massacre in Dallas where snipers shot 11 police officers, some at point blank range, man is not good. This is not an anomaly. The man who shot the elementary students at Sandy Hook, the man who shot the movie-goers in the theater in Colorado, the who shot the homosexual club-goers in Orlando … THIS is man.

This verse from Genesis 6:5 is not for just Noah’s time but for all time:

The LORD saw that the wickedness of man was great in the earth, and that every intention of the thoughts of his heart was only evil continually.

Jesus would not entrust Himself to them because He knew all men. (John 2:24) He knew what was in a man, through and through.

Holy thoughts are alien to the natural man. Righteousness is foreign to the creature. Holiness is an acid, thrown on the sinful skin of man, who runs and flees from purity. And yet what man runs from is exactly what he needs. Continue reading

Teach us to pray: “Grab some masking tape, make a circle…”
Rick Warren gets bolder in promoting breath prayer

4 Responses to In the aftermath of tragedy, we must be about the Father’s business