Not so fast, says Jeff Maples of Pulpit & Pen.  “Let’s be clear,” he warns, “if God is ever going to use Perry Noble for ministry, the first thing Perry Noble is going to have to do is repent.”  What sins has he committed that he must repent of?  According to Maples, for sinning against God and “misrepresenting him all those years he was pretending to be a pastor.” Likewise, “He needs to repent for all of his false teachings. He needs to repent for leading countless thousands upon thousands of his followers astray, away from the truth and into the darkness. He needs to repent to his family for being a hypocrite, a liar, and a bad leader. And he needs to turn to Jesus Christ in full faith and submit himself to the absolute final authority of Scripture and find a solid, bible-believing church to submit to for teaching and training in righteousness.”

Maples has more on the disgraced pastor’s return to ministry.  He writes: 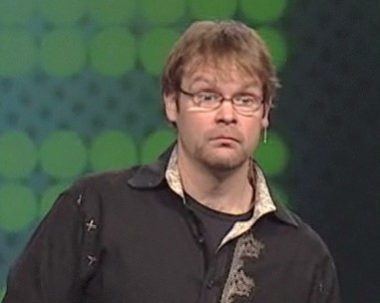 Perry Noble recently told his Facebook followers that he has completed alcoholic rehab, and would return to ministry–eventually. Noble, the man who is credited with single-handedly building the seeker-friendly Southern Baptist megachurch, Newspring, in Anderson, SC, was fired from his church. Noble is well known for his faulty biblical exposition, unsound theology, and an anger streak that could bring out the worst in anyone. He says,

I spent 30 days in a treatment facility in Arizona from mid-July until mid-August. Being in that place allowed me to come face to face with issues from my past as well as my current struggle, and placed me in a place to successfully overcome my overmedication via alcohol.

Apparently, after years of battling alcoholism and hiding it from his congregation, he now believes that the 30 days he spent in rehab in Arizona, (incidentally, the same state that another befallen pastor, Mark Driscoll, reignited his failed ministry) is enough to set him back on path for his own ignoble return to ministry.

Currently, he has given himself over to his therapist, John Walker, who is also an ordained pastor. Perry says, “Per John’s request, I will not be posting on social media or responding to any sort of comments until he says I can do otherwise.”

John Walker has been my therapist for around seven years now and I hold him in highest regard. In those seven years I’ve allowed him to speak into me; however, I am now humbly submitting myself to him and giving him authority over me as I believe he will serve as my pastor, my psychologist and my spiritual formations director in this next season.

Now, I’m not sure if what he says next is a result of his years of intoxication, or if he’s simply playing some kind of mind game, but he goes on to say,

I can honestly say I am excited about the future God has for me and my family. The one thing I keep hearing from Him over and over again is that He is not finished with me.

8 Responses to Alcoholic Pastor, Perry Noble, Says He Will Return To Ministry