Posted By Marsha West on September 29, 2015 in Homosexual Agenda
Share

Not surprisingly a new study has just come out of Italy claiming that people who “harbor homophobic attitudes” suffer from a psychological disorder — a phobia.  So now liberals can point to a  scientific study that supposedly shows that people who believe homosexuality is a sexual perversion, such as Bible believers, are “homophobic,” as if opponents have an irrational fear of homosexuals.  According to the study, homophobia is a “culture-induced disease.”

Woe to those of us who happen to disagree with pro-homos on this highly charged issue, as we’re labeled the “h” word —  homophobe.  But they don’t stop there.  We’re also called bigots, haters, mean spirited and far worse.  By now most people are aware that if liberals can’t win an argument they’ll mock, marginalize and demonize the person who disagrees with them.  So watch your back!

Following is the aforementioned study, which you’ll have to hold your nose and read. 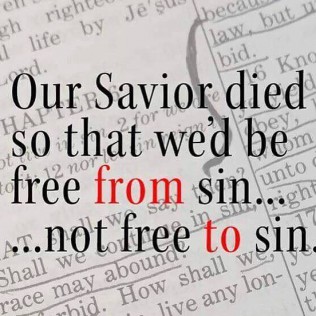 Levels of aggression, physical hostility and anger can be found at a higher concentration in individuals who express homophobic attitudes, new research by the University of Rome suggests

Individuals with homophobic views are more likely to display undesirable psychological traits such as aggression, physical hostility and anger, a new study finds.

The research, published last week in the Journal of Sexual Medicine, was led by Professor Emmanuele Jannini of the University of Rome, and titled “Psychoticism, Immature Defense Mechanisms and a Fearful Attachment Style are Associated with a Higher Homophobic Attitude”.

Jannini found that those who harbour homophobic attitudes are often encumbered with deficient coping mechanisms, and that their averse reaction to same-sex couplings may be a direct result of their own gender confusion.

The report concludes with the observation that whilst some homophobes may in fact be “hidden homosexuals”, there are many other factors that may contribute to homophobia – an attitude that Jannini considers a “culture-induced disease”. These additional contributing factors include religiosity, sensitivity to disgust, hypermasculinity and misogyny.  Continue reading

From Antichrist to Brother in Christ: How Protestant Pastors View the Pope
Four Blood Moons and Shemitah Bring Judgment…Upon Charismatics