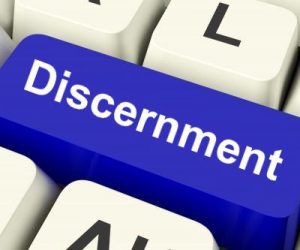 “There’s no place for Christian blogs and podcasts. Preaching, teaching, and encouragement should only be done by pastors and teachers in the local church.”

“Open air preaching ministry needs to go the way of the dinosaur.”

“Pro-life ministry organizations just cause too much strife. Lost people are going to reject the gospel because of them.”

You’ve probably never heard someone give one of these statements as a reason for doing away with podcasts or street preaching or the ACLJ, but these days it seems like everybody – including doctrinally sound, discerning Christians – is screaming, “Off with its head!” about parachurch discernment ministries for these supposed reasons, and others. It’s become the bandwagon du jour. The popular whipping boy for Christian social media. The here-today-gone-tomorrow zeitgeist of online evangelicalism.

Rebuke those doing discernment work whose character, behavior, and handling of Scripture is so egregious it disqualifies them from any ministry whatsoever (and, unfortunately, they do exist) but encourage those who do discernment ministry right.

Because if there were ever a dire need for discernment ministry done right and biblically, it’s now. Banishing the discerning altogether would be neither biblical nor beneficial to the Body.

Discernment: A Major Theme of the New Testament

The Old Testament is rife with idolatry, syncretism, and false prophets. Every book of the New Testament except Philemon deals in some way with false doctrine or false teachers and the importance of keeping them out of the church and away from Christians. It is a major issue throughout the Bible, but particularly in New Testament theology and ecclesiology. Jesus dealt with it. Paul dealt with it. So did Peter, Jude, John, and other New Testament figures.  Part of the reason the 21st century church is so steeped in false doctrine and enamored with false teachers now is that we have been brushing discernment aside for so long instead of bringing it front and center like the Bible does. If the Holy Spirit – the author of Scripture – considers discernment to be so vital, shouldn’t we?

Now there are varieties of gifts, but the same Spirit; and there are varieties of service, but the same Lord; and there are varieties of activities, but it is the same God who empowers them all in everyone. To each is given the manifestation of the Spirit for the common good. For to one is given through the Spirit…the ability to distinguish between spirits…All these are empowered by one and the same Spirit, who apportions to each one individually as he wills…But as it is, God arranged the members in the body, each one of them, as he chose. If all were a single member, where would the body be? As it is, there are many parts, yet one body. The eye cannot say to the hand, “I have no need of you,” nor again the head to the feet, “I have no need of you.”
1 Corinthians 12:4-8a, 10b, 11, 18-21 (emphasis mine)

Discernment (distinguishing spirits) is just as ontologically valid a spiritual gift – a manifestation of the Holy Spirit – as any of the others listed in 1 Corinthians 12. It is a biblically legitimate gift, service, and activity given for the common good of the church and empowered by the same Spirit, Lord, and God who gives and empowers the spiritual gifts of those who would do away with discernment ministry. Spiritual gifts are given by God and arranged in the Body as He sees fit. It is not for one individual body part to say to another, “I have no need of you.” Selah.  Continue reading

Reprise: Seeing the Unseen: The Nature of Spiritual Warfare
Are All Angels Safe?