Posted By Marsha West on March 3, 2016 in Discernment
Share

Eric Davis of The Cripplegate analyzes the popular packaged addiction program, Celebrate Recovery (CR) that many churches have adopted.  The program, created by John Baker and Rick Warren, is supposedly based on biblical principles. In his review, Davis informs us that “CR is founded on eight principles taken from the Beatitudes and has similarities to the twelve steps of Alcoholic’s Anonymous.”

The question we must ask ourselves is, should Christians get involved in a program that stems from A.A.’s twelve steps?   Absolutely not says researcher John Lanagan. Lanagan has done a massive amount of research on A.A., and what his research has turned up is that A.A. co-founders Bill Wilson and Dr. Bob Smith were deeply involved in the occult aka spiritualism. “Alcoholics Anonymous has served its purpose,” says Lanagan.  “That purpose has been to weaken the church, dilute the theology of Christians exposed to the 12 Step religion, and to point unbelievers away from Christ.” Discover the “spiritual” truth behind A.A. here. 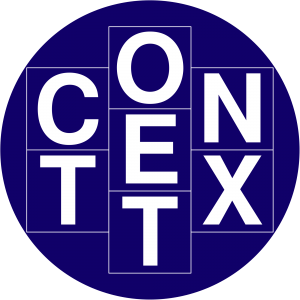 Enslaving behaviors are as old, and common to humanity, as sin itself. Since our fall at the dawn of time, we have been naturally enslavement to every destructive behavior possible. In response, various efforts have been made to deal with the problem.

One such effort is a packaged addictions program called Celebrate Recovery (CR). John Baker and Rick Warren of Saddleback Church created the program in 1991 to help people with various addictions. Rick Warren writes, “[D]uring the ten-week series that I preached to kick off this program, our attendance grew by over 1500!” (John Baker, Celebrate Recovery Leader’s Guide, 12). During the past 25 years, some 20,000 churches in the United States have reportedly used CR, with some 2.5 million people having completed the program. Needless to say, CR has had a major influence on the church.

CR’s stated purpose is “to encourage fellowship and to celebrate God’s healing power in our lives as we work our way along the road to recovery” (21). Further, Warren claims that CR is “more effective in helping people change than anything else I’ve seen or heard of” (12).

Generally, the program runs on a one-year repeating schedule. Participants are taken through the material in 25 lessons and testimonies, meeting once per week for 52 weeks. Rick Warren writes that CR was born when “I began an intense study of the Scriptures to discover what God had to say about ‘recovery.’ To my amazement, I found the principles of recovery—in their logical order—given by Christ in His most famous message, the Sermon on the Mount” (12). More specifically, CR teaches that the Beatitudes (Matt. 5:3-12), which are said to be “eight ways to be happy,” contain the progressive path to addiction recovery.

The eight principles upon which CR is derived are as follows (the principle is stated, followed by the corresponding Beatitude):

The Road to Recovery

Clever readers will notice that the first letter from each of the eight steps forms the acronym, “recovery.” CR’s approach takes each of the eight principles and expounds them with a few lessons, forming the 25 lessons in which participants are guided through how to deal with their “hurts, hang-ups, and habits” (the oft-used phrase in CR to describe our problems which need recovery).

Since CR claims to be Christian in nature, “biblical” (13), grounded in God’s word (12), and“[b]ased on the actual words of Jesus rather than on psychological theory” (12), it deserves to be evaluated as such. This review is based upon the program’s teaching as stated in the CR Leadership Guide only (pages cited are from this guide) and is not a critique of every person who has participated in the program. Further, the purpose of this review is not to question whether the 2.5 million participants have felt that they were assisted with enslaving behaviors, nor to doubt the sincerity of individuals seeking to help, but, instead, to examine CR’s claim to be biblically based.

Having said that, this review (completed largely with the help of Matthew Mumma) will demonstrate that CR contains two major problems: (1) Though claiming to be biblically based, its teachings are often constructed from a misuse of Scripture and an erroneous hermeneutic. (2) Though claiming to be Christian based, its theology often clashes with sound Christian theology. In today’s post, this first problem will be demonstrated.

The clearest instance of this occurs in the principles upon which CR is founded. CR’s “Road to Recovery” begins with the “Eight Principles Based on the Beatitudes” (12), stated above. Thus, CR claims that the Beatitudes are principles for addiction recovery.

This interpretation, however, incorrectly understands the Beatitudes by removing them out of their context and interpreting them in an eisegetical manner. As such, CR imposes a meaning other than the authorial intent upon the text. When Christ preached the Beatitudes, he did not intend for them to be a protocol for recovery. Neither are they “ways to be happy” (12). Instead, the Beatitudes are descriptions of kingdom citizens; of individuals having been saved by God’s grace. Commentators agree that the Beatitudes describe the common characteristics of true believers (e.g. John Blanchard, 54; James Boice, 74; D.A. Carson, 128, 132; D. Martyn Lloyd-Jones, 1:24; Charles Quarles, 39). Jesus begins this great sermon by turning the common understanding of those in God’s favor on its head. The Pharisees, who largely set the religious/spiritual tone of the day, would have propagated the photo-negative of the Beatitudes, and, thus, an incorrect understanding of the believer. For this reason, Jesus brings clarity to the scene with these corrections.

Specifically, “Blessed are the poor in spirit” (Matt. 5:3) is not a recovery principle, teaching that “I’m not God…powerless to control my tendency to do the wrong thing and that my life is unmanageable” (9). Instead, Jesus teaches that one certain evidence of the true believer is a poverty of spirit. The word “poor” was used to describe abject poverty and a raggedly covered (if covered at all) beggar, cowered over with head down and hand out (TDNT, 6:886), while “in spirit” refers to our moral/spiritual state. The idea is that the sinner has come to terms with God’s towering moral standards for humanity; absolute perfection (cf.Matt. 5:48). Further, he understands that, having rebelliously and flagrantly violated God’s holy law, he deserves to endure the righteous wrath of God in hell for eternity. Thus, he comes to God, as nothing more than a head down, hand out, moral beggar, with zero moral/spiritual contribution to God except sin. Being morally filthy, the sinner depends entirely on God’s mercy if he is going to be acceptable to God. So, Matthew 5:3 does not teach a principle for recovering from addictions, but that true believers understand that they cannot earn God’s favor from their impressive moral wealth, but have only earned his wrath by their offensive moral filth.  Continue reading

13 Responses to An Analysis of Celebrate Recovery Addictions Program