Andy Stanley, pastor of North Point Church, has once again drawn attention to himself. This time for featuring a Beatles medley presented at North Point’s Sunday morning worship service. As previously reported, Stanley recently received criticism for allowing a raunchy stage act at the mega church he pastors where the song “Love The Way You Turn Me On” was performed by a “90s Boys Band.”  As Mortification of Spin co-host Todd Pruitt pointed out in a scathing blog post, “Andy is the go-to guy when it comes to effective communication and leadership.” Pruitt believes that the sort of entertainment North Point allows dishonors God and is destructive to God’s people; thus it has no place in a worship service.  He went on to say that those who watch the video will see that the “sickness at the heart of North Point is on full display.”

“Why write about this?” asks Steven Kozar in a blog post entitled Hands Up For The British Invasion At North Point Community Church. He responds, “Because Andy Stanley and many other churches use these tactics which in the end detract from focusing on the gospel at an official church worship service.”

Kozar informs us that last Sunday “They sang segments from Beatles classics, ending with Hey Jude. They called upon their audience to sing along and wave their hands to the Beatles tune as they sang, “na na na na na na na…”

Following is just a snippet from Steve Kozar’s excellent piece. 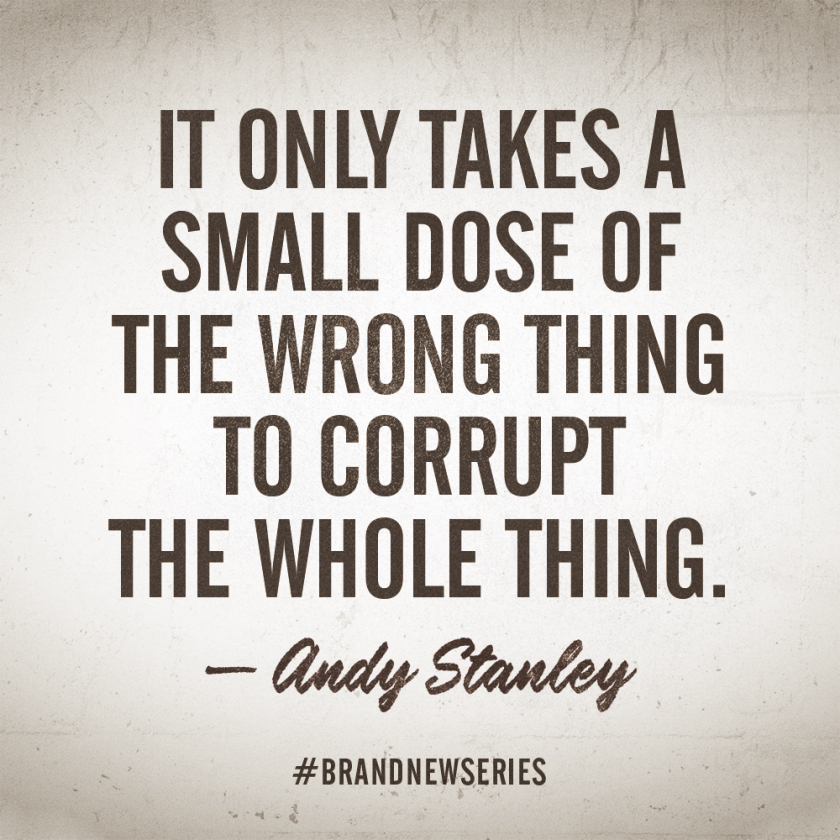 I used to agree with, and promote these approaches to ministry. It took a “rude meanie head” to open my eyes. I hope this article serves as eye opening food for thought.

In case anyone is asking themselves, “does North Point Church know that this form of “worship” might be a really bad idea? Maybe they are just making an innocent mistake? Maybe we should just let them have some fun and not make such a big deal out of this…”

Here’s what you need to understand: North Point Church is deliberately doing these secular cover songs in church in spite of objections from fellow Christians. They are going so far as to remove Bible verses off of their own blog, and now they have stopped allowing any comments at all. Why aren’t they allowing any comments on their blog? It appears that they don’t want people to read all the Bible verses that have been posted there (or the Bible verses that people have tried to post there). Here’s a screen shot from August 3, 2016-over a week since they put up their “boy band/love the way you turn me on” video on July 25: North Point Church knows exactly what it is doing:

“Secular songs? Yes! Bible verses (that might make our strange choice of songs look bad)? NO!”

This type of “worship” service was unthinkable just a decade ago. With the huge influence of Andy Stanley and North Point Church (one of the biggest and most influential churches in the world) it’s sad to think that more and more churches might be abandoning worship and replacing it with mere entertainment. Here’s an article about the top 50 mega-churches in the USA (btw, this is a “puff piece” about these mega-churches). Here’s an excerpt: “As an individual congregation, North Point could be much more influential in the public arena, but it chooses not to be in order to extend its influence through the training of hundreds of thousands of leaders. North Point has opted for exponential influence…”

How long before true Christians say “enough is enough!” and stop tolerating such worldliness in their churches? Continue reading

How Does God Speak to Me Today?
The problem with tolerating false teachers is…