Susan Michelle of Live Action News takes emerging author, blogger, and speaker Rachel Held Evans to task over a recent Facebook post where she states that she’s pro-life but supports abortion mill Planned Parenthood.  For those who are unfamiliar with Evans, here’s a bit of background info from a piece over at Stand Up For The Truth:

“She writes an uber-popular blog, and many of her articles are adored and shared by Christian women everywhere. Sadly, even women in Christian leadership don’t see the harm in sharing cool reads from a woman who no longer believes the Bible is true, who supports gay marriage and homosexual pastors, and who doesn’t believe Jesus is the only way.”

So obviously Evans is not a Christian in the true sense of the word, even though Michelle refers to her as a “progressive Christian.” This means she’s a liberal “Christian”…..which is an oxymoron. 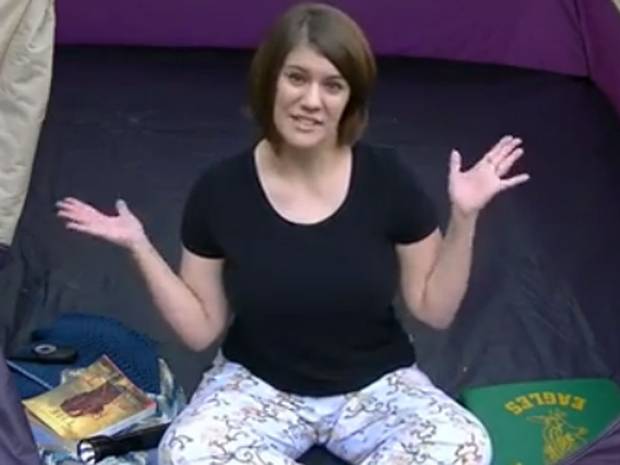 Author Rachel Held Evans has gained notoriety in Christian circles in recent years as a “progressive Christian.” Now she’s making waves on Facebook by asserting that we can’t suddenly strip Planned Parenthood of its funding.

Affirm that the teachings of Jesus provide but one of many ways to experience the Sacredness and Oneness of life, and that we can draw from diverse sources of wisdom in our spiritual journey

Thus, it was not a surprise when Evans posted a status on Facebook that was mixed on the pro-life issue, saying she was pro-life but also doesn’t think defunding Planned Parenthood is the best idea; in fact, she says, that might actually increase abortions. Her rant was more a laundry list of all that is wrong with the pro-life movement in her view. Many problems exist with the statements Evans makes here. First, there is no halfway on issues of life and death, so her opening, “I’m pro-life but…” is problematic in itself. The saying goes “when you say but, you cancel everything you just said before it,” and that’s what Evans does. Essentially, she says that by getting rid of the funding that supports the place that does 40 percent of all the abortions in the nation, where 94 percent of its services go to abortion, that we will actually increase abortion because we just haven’t thought this through enough to do it.

When babies are being shredded from the womb and picked apart in the lab and sold to researchers, we don’t stop and think about a plan to ease out of it happening; if we are pro-life, we stop it. Period.  Continue reading

READ OUR RESEARCH PAPER ON THE EMERGENT CHURCH