Posted By Marsha West on August 16, 2015 in Homosexual Agenda
Share 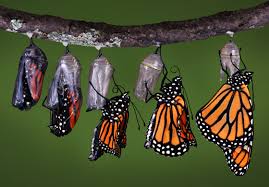 (CNSNews) Three months ago, in May 2015, the Oregon legislature enacted new legislation banning sexual orientation change therapy (SOCE). The Governor, herself reportedly bi-sexual, signed the bill into law on May 18. Oregon thus joined California, New Jersey and the District of Columbia in outlawing professional SOCE therapy.

Critics objected to the new law’s interference with parental rights, individual autonomy, religious liberty, and constraint of professional judgment. They asserted that:

“… the legislation is based on a false portrayal of SOCE therapy and interferes with the right of minors to seek out treatment for unwanted same-sex attraction..

“Teresa Harke of the Christian advocacy nonprofit Oregon Family Council testified that the bill is ‘too broad and may have unintended consequences for religious liberties.’

“‘We are concerned how this bill would affect a licensed counselor’s work under the ministry of the church,’ Harke asserted during testimony given before lawmakers in February.

“In a statement shared with The Christian Post in March, the ex-gay group Equality and Justice for All described support for HB 2307 as “particularly unconscionable” since “minors often struggle with same-sex attractions as a result of rape or molestation by pedophiles.”

Despite such opposition, a short time later, another Oregon state agency pushed the envelope even further. The Oregon Health Evidence Review Commission (HERC) adopted an even more radical policy to authorize sex change treatments for 15-year-olds including “cross-sex hormone therapy, puberty-suppressing drugs, and gender-reassignment surgery for people with gender dysphoria,” all “without parental notification.” Continue reading

Messy place of grace: Tullian Tchividjian wonders how he will pay bills after affair
Reprise: Christian “watchbloggers” under fire