Dr. George Wood caught flack when he and Oral Roberts University President Billy Wilson co-chaired the ecumenical gathering Empowered21 Global Congress .  Many well-known New Apostolic Reformation/Dominionists (NAR) leaders were featured at the event. For those unfamiliar with the NAR, check out our White Paper on this dangerous cult.  In a nutshell, the NAR teaches that God is restoring the lost offices of church governance, namely the offices of prophet and apostle.  Among the speakers at E21 were self-proclaimed NAR “Prophetess to the Nations” Cindy Jacobs and “apostle” Bill Johnson of Bethel “Church” in Redding CA.  We reported on E21 here, here, here, here and here.   Now we learn from Lighthouse Trails that Dr. Wood will share a platform with Emergent Church theologian Leonard Sweet. 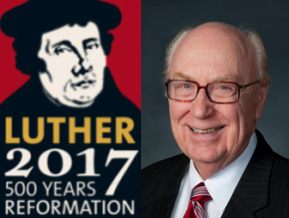 “You may decide to share this on your social media accounts and find that there are some who will become over-the-top defensive and willing to overlook what is a continuing pattern of red flags with Assemblies of God Supt. George O. Wood.  I myself have landed in hot water with angry pastors simply by sharing reports of Mr. Wood’s ecumaniacalism with Mormons a few years back. (More links below)

Folks may ask, “Is it a crime to appear on stage with someone?” Guilt by association doesn’t mean much, unless there is a continuing pattern, and unless it’s more of an affiliation than a simple six-degrees-of-separation appearance.  In this case, consider that Leonard Sweet is the conference organizer. And no, Wood never did share the Gospel with the young Mormon students.”

Now on to the LHT article: 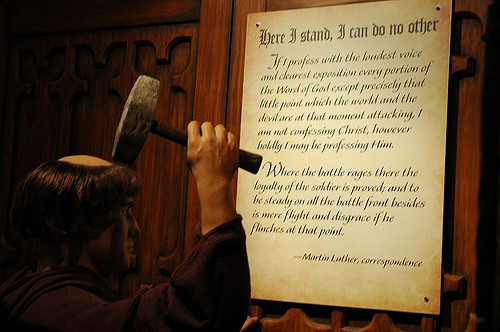 Dr. George Wood, General Superintendent of the Assemblies of God denomination, is scheduled to share the platform with New Age sympathizer Leonard Sweet next year in Berlin, Germany at an event called Luther 2017.

Leonard Sweet is actually a co-host for Luther 2017. Given his propensities toward New Age/New Spirituality thinking, his organizing participation will no doubt bring this thinking to the Luther 2017.

The implications of this are far deeper than what appears on the surface. This is not just a case of a major Christian leader—Dr. Wood—sharing a platform form with a leader in the emerging church/New Spirituality movement. There is currently a powerful effort behind the scenes to remove the barrier between the Roman Catholic Church and the evangelical and Protestant church and basically get people to acknowledge that the reformation from 500 years ago is over (i.e., it’s not needed anymore).

If you recall, in 2014, Lighthouse Trails reported on Anglican priest Tony Palmer, who had become a go-between for the Catholic Church and the evangelical (and Pentecostal) church. When he spoke at Ken Copeland’s church, he told the enthusiastic congregation that the reformation was over as there was no longer a need for it. He said it was time to unite. Shortly later, Palmer was killed in a motorcycle accident, but the work he was involved with continues on. Luther 2017 is part of that work as is Together 2016, which took place this summer, and The Gathering 2016, which takes place in September with major Christian figures such as Kay Arthur, Greg Laurie, Anne Graham Lotz, and several others.
Lighthouse Trails will be posting more information on Luther 2017, Leonard Sweet, Christian leaders, and the road to Rome. If you question our deep concerns about what is happening, please read the documentation that Lighthouse Trails has been providing for over 14 years.

As for Dr. George Wood, does he not realize that the first major step back to Rome is the embracing of contemplative prayer? When he made the decision to dig in his heels and accept Ruth Haley Barton no matter what evidence was provided to him, did he not realize he was plunging headlong into deception? As we have warned so many times (to the deaf ears of Christian leaders), once someone starts down the contemplative path, their viewpoint on spiritual matters begins to change leading to the eventual rejection of biblical Christianity and the Gospel. It appears that Dr. Wood has made his decision. How many will follow him?

The disappearing “middleground” and the coming conflict
SBC Conference: “Get The Spotlight Off The Bible” (Courtesy of Russell Moore & Andy Stanley)