Posted By Marsha West on May 21, 2018 in Discernment, Occult
Share

So, what does researcher and blogger Elizabeth Prata think about hidden codes in the Bible? Are those who claim they’ve discovered cryptic messages God hid in Scripture and written books about their discoveries to be believed? Let’s visit Elizabeth’s blog, The End Time, and find out what John MacArthur has to say about Bible codes: 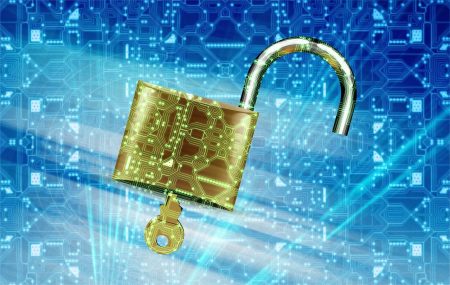 I hear people all the time say that there are bible codes. That there is some secret, esoteric knowledge hidden within the 66 books of the bible that only people perspicacious enough can unlock and benefit from. This is bunk. God is not the author of confusion and He laid everything out plainly within those pages, so that His knowledge, plan, and wisdom for us would be clear.

They cite, for example, Bullinger, who derived a whole system of meanings from numbers in scripture. Some numbers do have meaning, but not to the extent Bullinger worked up. And anyway, Bullinger believed that the soul died between life and resurrection. He was also an ultradispensationalist, believing that (among other things) the church did not begin at Pentecost but at Paul’s conversion. Um…no.

In another code, “The Bible Code”, it is purported in a paper by Yoav Rosenberg that there was strong statistical evidence that biographical information about famous rabbis was encoded in the text of the Bible, centuries before those rabbis lived. Wikipedia says of the method of extracting the meaning from the coded language is

“the Equidistant Letter Sequence (ELS). To obtain an ELS from a text, choose a starting point (in principle, any letter) and a skip number, also freely and possibly negative. Then, beginning at the starting point, select letters from the text at equal spacing as given by the skip number. For example, the bold letters in this sentence form an ELS. With a skip of -4, and ignoring the spaces and punctuation, the word safest is spelled out.”

Of course, the primary fault with Bullinger’s numerical code and Rosenberg’s word codes is that the Holy Spirit is taken out of the equation. Believing in codes means man in his own mental acuity can unlock the secrets of the bible, the Spirit is not needed…which is exactly the opposite of what God said would be so.

The question is, “Are there hidden codes in the bible?” The answer is NO. John Macarthur addressed this question quite well, here. His short answer is below.

One of the foundational qualities of the Bible is its clarity (sometimes called perspicuity). That means Scripture’s main teachings are plain enough to be understood without the need of special expertise or church-sanctioned interpretations.

The Bible frequently speaks about its own clarity. Psalm 119:130 says, “The unfolding of Thy words gives light; it gives understanding to the simple.” The average person who humbly reads the Bible can say, “I have more insight than all my teachers, for Thy testimonies are my meditation” (Psalm 119:99). Psalm 19:7 teaches, “The testimony of the Lord is sure, making wise the simple.”

The idea of hidden codes in the Bible contradicts all of that by limiting accessibility to the real message of the Bible to so-called experts who can decipher the cryptic messages God “hid” in the Scriptures. But such “experts” aren’t needed because the Bible contains no hidden codes.   Continue reading