Posted By Marsha West on May 21, 2015 in New Apostolic Reformation (NAR) 3
Share 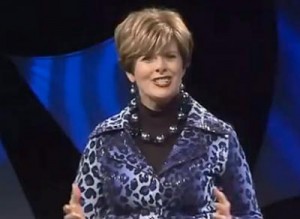 A few comments, observations, and a question or two for Assemblies of God General Superintendent George Wood and his E21 co-chair, Billy Wilson of Oral Roberts University:

Sit under the teaching, gifting, and anointing of the world’s top Spirit-empowered pastors, leaders, and teachers. –E21 promotional for Jerusalem 2015 event [1]

In the past few years we have seen a dilution of biblical doctrine occurring throughout the Body of Christ. Now, it seems anything called “Jesus”—The Shack and Jesus Calling come to mind—is welcomed without question by huge numbers of Christians.

Is the same thing happening in terms of the Holy Spirit? Are increasing numbers in the visible church beginning to place less emphasis on doctrine in order to facilitate Spirit-empowered unity?

This brings us to the Empowered21 organization:

“Could the world experience a second Pentecost? That’s the hope of a global movement called Empowered21, with organizers setting their sights on Jerusalem, where the first Pentecost took place.” [2] (bold mine)

Empowered21’s Vision Statement explains the organization’s highest goal: “That every person on earth would have an authentic encounter with Jesus Christ through the power and presence of the Holy Spirit…By Pentecost 2033.” [3]

The E21 organization is now positioned to guide millions of Pentecostals and Charismatics around the globe. Visibility and influence is accelerating through two key E21 gatherings, the first in Amman, Jordan (May 15-16); the second in Jerusalem (May 20-25).

As noted, E21’s Global Council is co-chaired by Billy Wilson, President of Oral Roberts University, and Dr. George Wood, General Superintendent of the Assemblies of God.

Assemblies of God leader George Wood’s high level involvement in Empowered21 means Assemblies of God participation at these events is a certainty. The Jerusalem events will be live streamed over the internet, and literally millions of AG members could be watching.

According to Global Council co-chair Billy Wilson, “We are serving the entire Spirit-empowered movement from charismaticCatholics to non-denominational Christians to historic Pentecostals, uniting them together for a fresh outpouring of God’s Spirit in our generation.” [4] (italics mine)

Pesare notes, “We are Catholics. Our faith is not just based on the Holy Scriptures but also we have a tradition in the Church so the popes and the bishops and the institution of the Church…codified things to the people of God through documents.” [7]

Thus Empowered21 is ecumenical in nature.

While a number of E21 Leaders (Word of Faith preacher Kenneth Copeland and others) are problematic, the focus here will primarily be on those who are under the New Apostolic Reformation umbrella, either in E21 Leadership or as speakers/teachers at E21’s Jerusalem2015 Conference.

The Jerusalem gathering almost seems designed as a public relations bonanza for the New Apostolic Reformation (NAR), and this global exposure could serve to draw many Christians who are unfamiliar with the teachings of this movement.

Spreading like black oil upon a blue sea, the NAR seems poised to flow far beyond Pentecostal and Charismatic circles.

What exactly is the New Apostolic Reformation?  It “is a new religious movement led by men and women who claim to be prophets and apostles. They claim they have authority and functions akin to those of the Old Testament prophets and Christ’s apostles. All Christians are expected to submit to their leadership and receive their new revelations. In this way they plan to form the church into a miracle-working army. This army will transform society and prepare the way for God’s kingdom to be established on earth,” states R. Douglas Geivett. [8]

The Assemblies of God denomination officially opposes a number of major NAR teachings including Dominionism (the belief the Body of Christ will take control of the earth before Christ returns), [9] and strategic level spiritual warfare (that demonic hierarchies or principalities in a specific area must be identified and prayerfully combatted before the gospel can effectively progress). [10]

Furthermore, Assemblies of God rejects the very bedrock teaching of the NAR, that modern day apostles and prophets must govern the church. [11]

Take heed unto thyself, and unto the doctrine; continue in them: for in doing this thou shalt both save thyself, and them that hear thee. (1 Timothy 4:16)

With so many powerful NAR figures in key positions, why is Assemblies of God leader Dr. George Wood the Global Council co-chair of Empowered21? What kind of message does this send?

A highly placed source states AG leadership feels it is important to be involved in order to have biblical impact on those at the E21 event. This is admirable, but it seems a certainty the conference will increase NAR’s sphere of influence.

Continued participation in the NAR-favored E21 renders Assemblies of God official opposition to NAR theology meaningless and irrelevant. A number of AG churches are already receptive to NAR concepts and personalities.

…Christians should flatly reject the New Apostolic Reformation’s teachings and those who choose to be associated with it. – gotquestions.org

Can two walk together except they be agreed? (Amos 3:3)

NAR heavyweights Bill Johnson and “prophet” Cindy Jacobs are in E21 Leadership, [12] and Jacobs herself is a high profile teacher/speaker at the conference.

Cindy Jacobs was not only a featured speaker (along with George Wood and four others) at the Amman, Jordan event, but is the co-chair of the Jerusalem2015 Prophecy and The End Times Ministry Track. [13]

Here is a good example why Christians should be very concerned that she has such prominence in E21. Several years ago, speaking before a rapt audience, Cindy Jacobs put this NAR spin on the Lord’s Prayer:

According to Jacobs:
“…and God showed me [The Lord’s Prayer] was a prayer and every part of the prayer is an element on how to reform and transform a nation.” [14]

The Lord’s Prayer “is the prayer of intercession that will help bring into manifestation the original Genesis Mandate to fill, subdue, multiply and have dominion in the earth.” [15]

“So we have authority to reverse the Genesis curse of poverty and death. Not only do we have the power to do so, we have the mandate. You have to understand this.” [16]

“This was our commission in the Garden and it never changed…and so, because we didn’t understand our commission sin came into the world and it began to deteriorate the ability we had to steward the earth.” (emphasis mine) [17]

“Dominion theology consistently usurps Millennium promises and tries to apply it to the present age in order to justify its agenda to transform society into the Kingdom of God on earth,” writes apologist Al Dager. [18]

So Jacobs, a false prophet, will be leading the Prophecy and The End Times Ministry Track, despite her aberrant NAR eschatology.

She is also prominent in the How To Pray And Intercede Effectively Ministry Track, [19] even though she believes cities and nations must have demonic strongholds identified and attacked through prayer before the gospel can be effectively delivered.

While this is not to dispute the existence of territorial spirits, nowhere in the Bible do Christians come against hierarchical or territorial spirits in order to remove them from areas. In the Bible, God’s people prayed that people, not territories, would be delivered from demonic spirits.

This NAR prayer strategy has changed the understanding of many in terms of spreading the gospel.

The founder and Grand Poohbah of the New Apostolic Reformation is C. Peter Wagner. It was C. Peter Wagner who first declared the age of denominations had passed, and the Second Apostolic Age had finally arrived, when apostles and prophets could once again govern the Body of Christ.

C. Peter Wagner also got the ball rolling in terms of strategic level spiritual warfare. He writes, “When the demonic obstacles are cleared away, the church can grow. Unbelievers are no longer blinded by the god of this age, and they can hear and respond to the gospel.” [20]

This approach has been implemented by the NAR in numerous locales. Referring to the effort in Resistencia, Argentina, Wagner states, “[O]ur friend Cindy Jacobs helped design and manage the strategic-level spiritual warfare phase of the project.” [21]

While Jacobs is the co-chair of the Jerusalem2015 Prophecy and The End Times Ministry Track, the other co-chair, Tom Hess of Jerusalem House of Prayer, is an NAR apostle. [22]

The co-chair of the How To Pray And Intercede EffectivelyMinistry Track is NAR mover and shaker, Faytene Grassechi. [23]

Becky Fischer, who “energetically promotes NAR teachings through her organization, Kids In Ministries International,” [24] is co-chair of E21’s Jerusalem 2015 Your Sons and DaughtersMinistry Track.

You might remember Fischer from the documentary, Jesus Camp.

Incredibly, the NAR has even been given the co-chair of a Ministry Track about raising our children in the Lord.

You see what a problem this is? Even if these people do not say one contrary thing, they are still being introduced to potentially millions of Pentecostals, and with Assemblies of God leader George Wood as Global Alliance co-chair, approval and acceptance is virtually guaranteed.

How many invitations are going to be extended to Jacobs, Grassechi, Fischer and others based on their time at the Jerusalem conference?

Desire for manifestation of the gifts of the spirit, and for spiritual experience—a Second Pentecost?—should never trump doctrine. Nor should the desire for spiritual unity. Yet this is just what appears to be happening through Empowered21.

E21’s “welcome aboard” to allegedly charismatic Catholics, is in direct opposition to the Bible. The dominance of NAR in E21 should concern Christians who do not believe the Body of Christ should be ruled by modern day apostles and prophets who churn out false predictions and decrees with astonishing regularity.

The NAR has, all too often, offered revelations of a false “Holy Spirit.”

E21 events have been scheduled some years into the future. Unless something changes, Empowered21, with its goal of spirit-empowered unity, will ultimately serve as a powerful springboard for NAR teaching and influence.*

DOWNLOAD OUR WHITE PAPER ON THE NEW APOSTOLIC REFORMATION