Posted By Marsha West on January 22, 2018 in Discernment, Women and the Church
Share

Should there be equality in the roles of men and women as many Christians believe?  Or has God gifted women to fulfill only the roles He has specifically designed for them…. which does not include women becoming pastors, nor is it a woman’s role to teach men.

In this piece over at Junction City, Gabriel Hughes discusses the role of women in the Church. He writes: 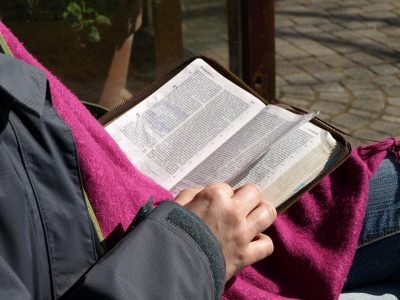 In 1 Timothy 2:11-12, the Apostle Paul wrote, “Let a woman learn quietly with all submissiveness. I do not permit a woman to teach or to exercise authority over a man; rather, she is to remain quiet.” The context here is church leadership, an instruction that continues into chapter 3. A woman is not permitted to be a pastor in a church (elder, bishop, overseer, etc.). Only a man can be a pastor.

This instruction is not limited to the time-period in which Paul was writing. It applies to all people in every place at every point in the history of the church. How do we know this? Because Paul goes all the way back to Genesis with his explanation: “For Adam was formed first, then Eve; and Adam was not deceived, but the woman was deceived and became a transgressor” (verses 13-14).

So the first reason the role of pastor is to be filled by a man is because Adam was formed first, and Eve was formed from Adam as his help-meet. The differences between the sexes and the different roles they are assigned are not a result of the fall. They were established at creation and have applied to all people in all cultures at all times.

The second reason a pastor is to be man is because Adam was not deceived by the serpent, but the woman was deceived and transgressed the law of God. This might seem unfair because Adam certainly sinned as well, and death came to all men because Adam sinned (Romans 5:12, 1 Corinthians 15:21). But Adam wasn’t deceived, and Eve was. So whether we’re talking about a perfect, sinless world, or the fallen, sinful one we currently inhabit, God intends that a man be the one to shepherd the flock of God (pastor means “shepherd;” see also 1 Peter 5:1-5).

Elsewhere, Paul wrote, “As in all the churches of the saints, the women should keep silent in the churches. For they are not permitted to speak, but should be in submission, as the Law also says. If there is anything they desire to learn, let them ask their husbands at home. For it is shameful for a woman to speak at church” (1 Corinthians 14:33-35).

This doesn’t mean a woman is supposed to have duct-tape over her mouth from the moment she walks into church to the moment she walks out. The context is teaching the church, or administering the authority of the word of God over the gathered people of God. The role as overseer is set apart for specifically a man to fill.

This also doesn’t mean a church that obeys this instruction is oppressing women. Heavens, no! A woman sitting in that church during a gospel sermon is no more oppressed than any man in the congregation. The truth does not oppress those who listen to it — it sets them free (John 8:31). It is a woman’s delight to learn quietly with all submissiveness, and she does this in honor of the Lord.

Women serve an incredibly important role in the church. If a church was all men and no women, that would be a dysfunctional church (see Titus 2:1-8). The church is to be made up of men and women, young and old, complimenting one another in their strengths and weaknesses, working and growing together so that we may be a functioning body of Christ.

But each according to their own purpose. God made men and women different from day one of creation… sorry, day six. He meant for men to fill certain roles and women to fill certain roles. We are one body in Christ made of individual parts, each functioning in their own way. One person is not to infringe upon another or take it upon themselves to do the task given to someone else. We all submit to one another out of reverence to Christ (Ephesians 5:21).

Bad Arguments for Women Pastors
Over the weekend, a friend got into a discussion over this topic with a feminist, and the feminist retorted with a list of names — women of the Bible who were more than just “helps” but, in her view, were qualified to be pastors. That list was as follows: “Deborah, Hannah, Miriam, Ruth, Esther, Jael, Proverbs 31, Wisdom personified as woman in Proverbs 8 (present with God at creation), Phoebe, Lydia, Prisca, Mary, Mary Magdalene, [were] all just there ‘to help’?”

This is a very common tactic when arguing for why women deserve to be pastors: throw out the name of a woman from the Bible. Boom! But that name is always taken out of context. There are no examples of a woman serving as a pastor in the church. None of the apostles were women, for that matter. I can say “period” and leave it at that. The instruction in 1 Timothy 2:11-12 is clear.

But for the sake of teaching, I’d like to go through that list of names and explain why they’re actually bad examples. While they are not examples of women pastors, most of them are certainly great examples for being strong women of God.  Continue reading

Why Dr. Michael Brown Has No Credibility
Rediscovering the Holiness of God