Posted By Marsha West on July 13, 2015 in Church of Jesus Christ of Latter-day Saints (Mormonism) 2
Share 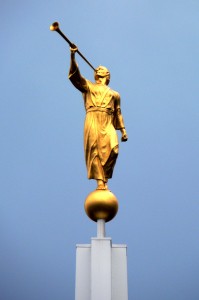 Prophecy News Watch (PNW) informs us that Roger Olson, theology professor at Baylor University, believes there has been a shift in the Church of Jesus Christ of Latter-day Saints (LDS) that could  lead to the LDS being viewed as a Christian denomination. For that to happen a great deal would have to change. For starters their President and governing body, known as the Quorum of the Twelve Apostles, would have to admit that they’ve been dead wrong on what they believe about God…Jesus Christ…and the Holy Spirit. Moreover they’d have to embrace the essential doctrine of the Trinity held by historic, orthodox Christianity — that there is one God who exists as three separate and distinct persons: The Father, the Son, and the Holy Spirit. The LDS teaches that the trinity is three separate gods: The Father, the Son and the Holly Ghost. This view is unbiblical.

And of course the LDS Church hierarchy would have to admit that Joseph Smith was a false prophet, and then they’d have to apologize for leading millions of Mormons down the path that leads to destruction.

A Baptist theologian, who’s spent years studying the works of leading Mormon scholars, said he has noticed a shift in “Mormonism” that can potentially lead to the the Church of Jesus Christ of Latter-day Saints one day being viewed as a Christian denomination, much like what occurred in the evolution of the Worldwide Church of God.

Although many evangelical critics belonging to mainline Christian denominations view the LDS Church as less-than-Christian, Roger Olson, who’s a theology professor at Baylor University’s George W. Truett Theological Seminary in Waco, Texas, wrote in a recent blog post on Patheos.com that through his studies of the Mormon faith and discussion with various LDS leaders, “there is no doubt” in his mind that there is a “discernible” evolution of Mormonism that is leading it to a “more biblical” account of Jesus and salvation.

“There is no doubt in my mind that something is going on in the LDS Church and Mormonism, in general, that constitutes a gradual but discernible shift away from those doctrines most anti-Mormon Christian critics like to highlight toward a somewhat more biblical and even evangelical account of Christ and salvation,” Olson, who’s also a Baptist minister, wrote.

“But the shift I see, at least in ‘BYU Mormonism,’ is so dramatic — from [James] Talmage’s Mormonism, for example — that I can envision someday the LDS Church evolving into a Christian denomination,” Olson continued. “For now, though, I consider it an alternative religion rooted in Christianity but also rooted, unfortunately, in Joseph Smith’s and Brigham Young’s fantasies.”

Olson, whose blog post was titled “Is Mormonism Christian?” explained that he has had a “life-long” interest in Mormonism, has read many books about it by Mormon and non-Mormon scholars, and has had many conversations about Mormonism with all types of Mormons — “from teenage missionaries to top scholars of the LDS Church and many ‘in between.'”

Olson, who has also taught about Mormonism while teaching courses on American religion, further explained that he was invited to participate in a two-weekend “ecumencial dialogue event” at Brigham Young University. Olson wrote that he believes the event was an attempt by Mormon leaders to convince mainline Christians that the LDS Church is, in fact, Christian, even if it means being “Christian with a difference.”

“I learned a lot about Mormonism during those two weekends,” Olson stated. ” I discerned from them, as well as from reading contemporary Mormon literature, that the top leaders of the LDS Church very much want their religion and church to be considered authentically Christian — the fourth ‘branch,’ as it were, of Christianity: Eastern Orthodox, Roman Catholic, Protestant, Mormon.”  Continue reading

The Cell Church
The danger of a Complacent Majority

2 Responses to Baptist Scholar Says Mormonism Is Evolving Towards Christianity With “Biblical,” Views of “Christ and Salvation”