The radical LGBTQ–Q is for questioning–has a plan to totally destroy the concepts of male and female. In other words, they want to “burn the binary.” Claire Chretien of LifeSite News reveals that this goal is nothing new.  Chretien quotes transsexual activist Riki Wilchins as saying:

Queer activists have been talking about [this] at least since the 1970s of Gay Liberation, even as the movement it spawned has continued to nudge it aside.

As the LGBT movement focused on redefining marriage and enshrining in law same-sex couples’ “right” to children, it also quietly introduced lawsuits advocating for the law to recognize one’s self-perception instead of biological reality as truth.  Once the Supreme Court redefined marriage, the media focus on the LGBT movement slowly began to shift to battles over gender and transgenderism.

So we’ve noticed. Pay attention, brethren.  This isn’t going away.

Claire Chretien has the full story: 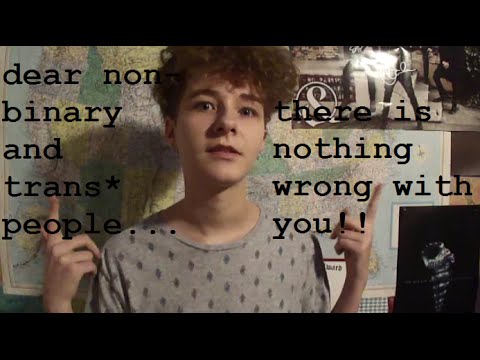 Jesus answered, “Have you not read that he who created them from the beginning made them male and female,” and said, ‘Therefore a man shall leave his father and his mother and hold fast to his wife, and the two shall become one flesh’? – Mat. 19:4, 5

The battle over men accessing women’s bathrooms and vice versa has little do with bathrooms or even transgenderism, a well-known LGBT activist admitted last week.  It has everything to do with re-working society and getting rid of the “heterobinary structure” in which we live—eliminating distinctions between “male” and “female” altogether.

Riki Wilchins, who has undergone “sex change” surgery and is a far-left social change activist, wrote in the gay publication The Advocate last week that social conservatives and many LGBT activists are missing the point when it comes to the transgender bathroom debate.

The title of Wilchins’ article makes the points succinctly: “We’ll Win the Bathroom Battle When the Binary Burns.”

People should be able to enter whatever bathroom “fits their identity,” Wilchins wrote, but the fact that we even have “male” and “female” bathrooms reflects something about society that needs to change.

There are many “genderqueer” or “non-binary” people, Wilchins wrote, pointing to a student who recently “came out” to President Obama as “non-binary” at a London townhall as a notable example.

“Non-binary” people don’t identify as male or female and they often want to be referred to as “they” or “hir” or “zer.”  So the fact that there are even intimate facilities that reflect the “binary” truth about gender should change, Wilchins wrote.

In the eyes of LGBT advocates, the notion of only two genders (which one can pick, of course) is antiquated.

But transgenderism inherently acknowledges and actually reinforces the binary nature of gender.

Transgenderism presumes that a man can be “trapped” inside a woman’s body and a woman can be “trapped” inside a man’s body.  It encourages men “becoming” women to embrace femininity and wear dresses and make-up.  Similarly, transgenderism encourages women “becoming” men to make themselves more masculine through hormones and by altering their appearances, reinforcing the notion that men look and act a certain way.

“The long-term goals of many LGBT activists are actually not just access to the restrooms of their preferred gender identity, but actually destroying the concept of gender or the separation of the genders altogether,” Peter Sprigg, Senior Fellow for Policy Studies at the Family Research Council, told LifeSiteNews.  Sprigg noted that when LGBT activists are appealing to a mainstream audience, they “are accepting or implicitly accepting the separation of male and female facilities” like bathrooms.  Continue reading

39 Responses to Bathrooms are just the beginning: a scary look into the trans movement’s end goals