David and Jason Benham are real-estate entrepreneurs who were famously dropped from an HGTV reality show because of their belief in biblical marriage.  Because they stood their ground, their show was cancelled even before it was aired.  The brothers have spoken out about the Oregon massacre.  According to David Benham what happens when a nation is morally corrupt is that “violence will fill the void, and the answer is not found in trying to get mental healing.  The answer is not found by trying to get gun control on the books.  The answer is only found in Jesus.”

Benham’s right about that.  However, the problem in America isn’t Satan — it’s sin!  Thus, we must not blame the Tempter for the mess we’re in; we have got to start taking personal responsibility–man up!   So with this in mind, it’s imperative that individuals repent of their sins against a holy God for the reason that all sin is first and foremost against God.  And everyone who says “I’m a follower of Jesus” must turn their lives wholly and completely over to the Master.  “If you love me you will keep my commandments.” (John 14:15) Far too many people profess Christ and live like the devil.

CNS News has the video posted on the brother’s Facebook page: 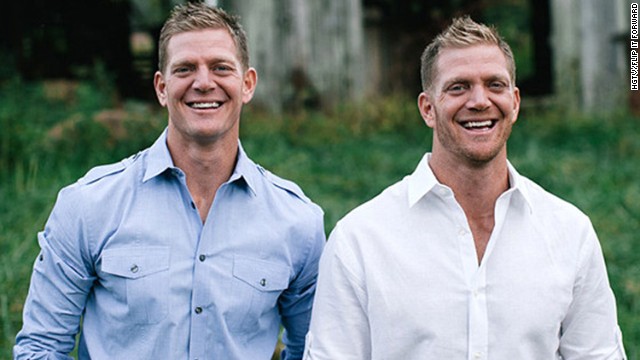 In a video posted on their Facebook page on Friday, twin brothers and celebrity real estate moguls David and Jason Benham said the murder of nine people at a community college in Oregon isn’t about guns or mental health but rather evil that comes from “Satan himself and demons manifesting themselves in our nation.

“This is what true evil looks like, and what we want to encourage those that are grieving today is that there is hope in the resurrection,” David Benham said in the video. “This is just Satan himself and demons manifesting themselves in our nation.” Continue reading….watch the video

Birds of a feather? David Jeremiah plans to team up with Osteen and Meyer
Prophecy: “For men (and women) will be lovers of self…”

One Response to Benham Brothers on Oregon Shooting: Satan and Demons Manifesting Themselves in Our Nation