In this series Cameron Buettel of Grace to You lays out a detailed biblical battle plan to help the serious Christian emerge victorious in the war for truth.  In part 2 he reminds us that “when it comes to biblical role models for discerning truth from error, the Bereans are the benchmark. The Jews in Berea needed to be able to distinguish the truth of apostolic preaching from the pseudo-spiritual lies competing for their attention. God’s Word was their measuring stick for truth because they carefully examined it on a daily basis (Acts 17:11). ”  He goes on to say:

Not only should we not be surprised when false teachers appear in the church; we ought to have anticipated and prepared for the reality of it. When an absolutely reliable source tells us terrorists are coming, it then behooves us to find out who they are and expose them before they do their damage.

The question readers need to ask themselves is: Are you a modern-day Berean?

Now to part 2 of Buettel’s series… 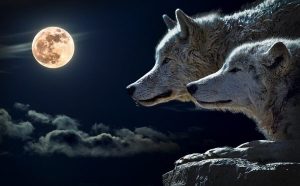 Christianity was never meant to be a haven for theological pacifists. Christ’s pure gospel is not only worthy of a vigorous defense, His chosen people have been enlisted for that very purpose (Jude 3). Doctrinal peacetime has been rare during 2,000 years of church history, as spiritual terrorists relentlessly attack and infiltrate the body of Christ. Precious truths have been tested and proven on the battlefield of worldviews. That is why the lives of men like Athanasius, Augustine, and Luther are largely defined by the doctrines they fought for.

As we lay out the battle plan for biblical discernment, the first step is to remember and heed the warnings of Scripture regarding the reality of the war on truth. The history of the church is marked by fields where epic doctrinal battles took place. And the war still rages. The enemies of Christ have continue their feverish operations to this present day.

Tragically, the church’s resolve to fight has rapidly diminished as it yields to the niceties of twenty-first century civility. Too many churches prize diplomacy over doctrinal purity—they’re content to dialogue with damnable error. As John MacArthur explains, when it comes to attacks on the truth, the church is following the dangerous example of the world:

Western society, by and large, does not have the will or the inclination to construct boundaries for its own self-defense. Years after the terror war supposedly got serious, America’s borders are still basically open to all comers. Much of European society still opposes the idea of any military response to the terrorist threat. Postmodern values and political correctness rule out profiling, monitoring the conversations of suspicious people, targeting illegal residents, and other means that would help identify who the terrorists are. . . .

The evangelical movement has been similarly naive. Spiritual terrorists are plotting the destruction of the church. Scripture expressly warns us about this. Yet evangelicals in recent decades have done very little to restrain apostates or expose them. False teachers are not stopped at the border anymore. The rankest apostates now have almost complete freedom in the evangelical movement. Unhindered, they have infiltrated evangelical churches, denominations, and Christian colleges and seminaries.

When it comes to lessons from church history, Christians have become dangerously forgetful. Too many shepherds are ill-equipped and unprepared to respond to the modern attacks, and as a result, church history is repeating itself. New perspectives are old errors, fresh revelations are ancient regurgitations, and modern innovations have merely been salvaged from the scrapheap of historical heresy. The constant threat from wolves and snake oil salesmen is nothing new.

As we saw previously, when it comes to biblical role models for discerning truth from error, the Bereans are the benchmark. The Jews in Berea needed to be able to distinguish the truth of apostolic preaching from the pseudo-spiritual lies competing for their attention. God’s Word was their measuring stick for truth because they carefully examined it on a daily basis (Acts 17:11).

In his short epistle, Jude stressed the need for God’s people to cultivate the same kind of discernment as the faithful Bereans. He warned his readers to avoid the folly of ignoring the past, and called to memory the words of Jesus and His apostles:

But you, beloved, ought to remember the words that were spoken beforehand by the apostles of our Lord Jesus Christ, that they were saying to you, “in the last time there will be mockers, following after their own ungodly lusts.” These are the ones who cause divisions, worldly minded, devoid of the Spirit. (Jude 17–19)

Whatever Happened to the Fear of the Lord?
Greg Laurie, Calvary Chapel, and New Catholic National Shrine for Marian Apparitions