Posted By Marsha West on December 23, 2015 in Discernment
Share 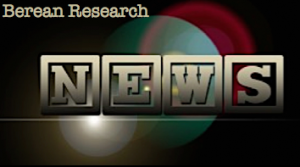 Berean Research News & Views is posted on Wednesdays to make conservative Christians aware of some important information we come across.  We encourage you to share BRNV with your friends.

Were you aware that Christian parents are in the grip of fear over Islamic indoctrination in public schools? Neither was I, and I live at ground zero of a raging controversy over the manner in which public schools teach Islam, Christianity, and other world religions. My home county, Maury County, Tenn., made headlines when parents objected to an assignment, to middle-school kids, to write the shahada, the Islamic declaration of faith.

When Paul Ryan ran for speaker of the House of Representatives, he said Republicans “need to move from being an opposition party to being a proposition party.” After a record-breaking eight years as the top Republican on the House Budget Committee followed by a stint on Ways & Means, Ryan seemed well prepared to lead a newly energized House Republican majority toward reclaiming the power of the purse the framers of our Constitution vested in them…

News to Know over at…

The Christian Research Network is a hub for news and information on current issues in the church. Visit CRN here

Berean Research reports a range of views. The opinions expressed on this blog are solely those of each individual author.

Do Christians and Muslims Worship the Same God?
Christmas: Christ in you