Posted By Marsha West on December 28, 2015 in Islam
Share

It should come as no surprise that Christian practices are outlawed in Muslim countries, but it is pretty shocking to see this sort of thing happening in America. Under the guise of separation of church and state, the celebration of Christmas, which is a federal holiday, is taboo in many of our tax-payer funded public schools.  Yet some educators see no problem promoting Islam even though it’s a religion.  The question is, why allow schools to censor Christianity and promote Islam?

In his piece over at Breitbart, James Zumwalt informs us of the craziness that’s been going on in government-run schools.  As you will see, the purpose of the American education system is largely about indoctrinating children, not about teaching the thee R’s as they’re paid to do.  In fact, the aim of  a large number of liberal educators is to turn our children into clones of themselves.

What is it like to be a Christian in a Muslim country?  Zumwalt gives us the details: 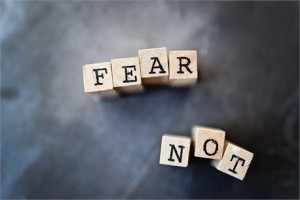 In the U.S., the media mocks those who make their Christian practices public—such as praying for victims of terrorism or young people committing to abstain from sexual relations until married. Yet that same media attacks those voicing concerns about terrorism’s link to Islamic beliefs as being Islamophobic.

In America, we see a nation so intimidated by political correctness that people in positions of responsibility make illogical decisions concerning the observation of a Christian holiday.

Recently, Eujin Jaela Kim, a new principal at Public School (PS) 169 in Sunset Park, Brooklyn, New York, decided to prohibit the use of the word “Christmas” or displays of anything related to it including Santa, angels, gift-giving, a star, etc. Not only was Christmas taboo, Kim also mandated the Pledge of Allegiance be eliminated along with references to Thanksgiving Day.

Fortunately, when this story broke last week, Kim’s boss, School Superintendent Anita Skop, took immediate action. While the Pledge had not been heard since the beginning of the school year at PS 169, it was recited loud and clear a few days after the story was published over the school’s public address system by two fifth graders. The Christmas and Thanksgiving bans were also lifted.

Kim is not the only person in the school system trying to drum Jesus Christ out of it by eliminating any celebration of His birth.

After the ACLU took legal action, Concord Community schools in Indiana were prohibited by court order from including any historical account of Christ’s birth during its annual Christmas program.

A preliminary injunction was issued, justified on the basis the program “conveys a message of endorsement of religion, or that a particular religious belief is favored or preferred.”

Meanwhile, Blaine, Minnesota school officials instruct students to sing a song in their Christmas program saluting the Muslim holiday of Ramadan. The words “Allahu Akbar” are included in the song—words attesting to the greatness of Allah.  Continue reading