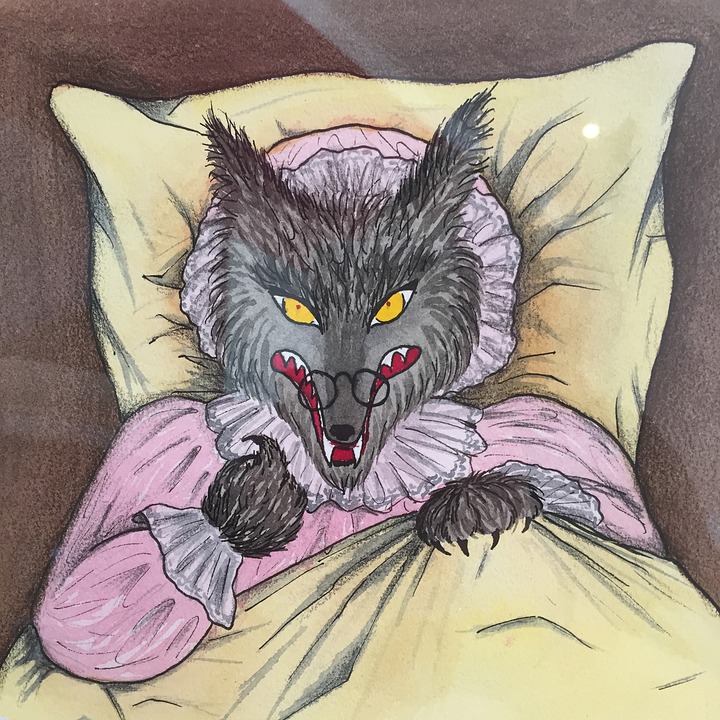 When I heard that Jan Crouch died of a massive stroke, to be quite honest, I was not saddened by the news.  Why?  Well, for one thing Jan and her deceased husband Paul promoted the worst sort of heresy imaginable: Word of Faith.  But you wouldn’t find that out by reading the Christian Post’s puff piece.  Janice Crouch was a controversial figure to be sure. But inquiring minds learned nothing about that from CP.  Certainly part of the reason for the controversy was the colossal pink-tinged “cotton candy” wigs, heavy make-up, and the lavish lifestyle she and husband Paul enjoyed.  But there were many other reasons the Crouches were controversial.  So let’s take a quick look at their history.

The couple were the founders and leaders of Trinity Broadcasting Network.  TBN has been in business since 1973 and has an estimated net worth of half a billion dollars.  A single Praise-A-Thon can bilk faithful viewers out of as much as $50 million tax exempt donations. The Crouches were known for their scandalous statements against anyone who dared challenge the cultic Faith teaching they were spreading on a global scale via their cable TV network. The following is excerpted from “Televangelist Paul Crouch Leaves a Dirty Legacy; Evangelical Christians Look the Other Way” by Terry Firma:

The New York Times published an exposé of the Crouches’ financial tricks last year. It tells you volumes about how the darling duo spent all that revenue from donations, TV rights, and investments.

The [couple’s] lavish perquisites, described by [estranged granddaughter and former financial officer Brittany] Koper and corroborated by interviews with two other former TBN employees, include additional, often-vacant homes in Texas and on the former Conway Twitty estate in Tennessee, corporate jets valued at $8 million and $49 million each and thousand-dollar dinners with fine wines, paid with tax-exempt funds.

[F]ormer TBN employees also said that dozens of staff members, including Ms. Koper, chauffeurs, sound engineers and others had been ordained as ministers by TBN. This, she said, allowed the network to avoid paying Social Security taxes on their salaries and made it easier to justify providing family members with rent-free houses, sometimes called “parsonages.” (Source)

The above is just a tidbit of information that can be gleaned from a Google search.  But nothing like this was mentioned in CP’s report, even though the controversy still rages.  Also not mentioned in the puff piece is the fact that because of TBN, Faith teaching has become one of this era’s greatest threats to authentic Christianity.

Joseph Chambers wrote a piece entitled “The Confused World of Paul and Jan Crouch” and provides the transcript of a chat Kenneth Copeland had with the Crouches where he lays out the force of faith to them. Briefly, Copeland believes faith is a tangible force. This force is released through the spoken word, thus name-it-and-claim-it.  When we speak words of faith, power is discharged that will accomplish our desires. Through faith we can have health, wealth, success – anything we want.  Copeland also spins the yarn that alleged laws of the universe can be manipulated independent of God.  Does this mean God is subject to the laws He created?  According to word-faith theology, yes.

What Faith Is Not

Now to the discussion.  As we will see, when presented with Ken Copeland’s decidedly unbiblical metaphysical view of faith, there is no argument from the Crouches — no contending for the faith as believers are commanded to do in Jude 1:3:

Jan Crouch: “Not with him.” (speaking of Copeland)

Paul Crouch: “Not with you.” (lots of laughter follows)

Jan Crouch: “Not with God.”

Paul Crouch: “. . . The critics say God is God, He doesn’t have to have faith; He doesn’t exercise faith. He doesn’t use faith. He’s God. He’s the object of faith.”

Kenneth Copeland: ” . . . Wait a minute, what does that mean? Object of faith. I don’t know what that means.”

The definition of biblical faith has no kinship to this “Force of Faith” espoused by Copeland, and apparently Paul and Jan Crouch. In the above statement by Kenneth Copeland, God is said to use faith just like Copeland uses faith. Faith ceases to be the lofty and eternal truth forever settled in the Heavens and established by an eternal God that is Himself the object of our faith. It becomes a formula or a New Age force that is a pagan idea, clearly kin to the many teachings of the occult. (Source)

Does the Bible teach that faith is a force?  No!  Yet the Crouches fail to challenge Copeland on his dangerous teaching.  In fact, Paul Crouch once looked into the camera and said in his friend’s defense, “If you want to criticize Ken Copeland for his preaching on faith, or Dad Hagin get out of my life! I don’t even want to talk to you or hear you. I don’t want to see your ugly face. Get out of my face, in Jesus’ name.”

Visitors to CP think the site is the epitome of Christian orthodoxy, that people of faith can trust CP to keep them informed. Yet contributing writer Anugrah Kumar didn’t apprise readers about TBN’s promotion of some pretty dangerous teaching.

Bible believing Christians familiar with the power couple’s warped theology consider them wolves in sheep’s clothing.  Which begs the question:  Why did an Internet publication that calls itself Christian fail to share this not so small detail in a big story?  Jesus himself addressed the wolf infestation He faced head on:

Beware of false prophets, who come to you in sheep’s clothing but inwardly are ravenous wolves. You will recognize them by their fruits. Are grapes gathered from thornbushes, or figs from thistles? So, every healthy tree bears good fruit, but the diseased tree bears bad fruit. (Mat 7:15-17)

Every tree that does not bear good fruit is cut down and thrown into the fire. Thus you will recognize them by their fruits. (Mat 7:19, 20)

Jackie Alnor of Scattered Sheep Report has been following the Crouches and TBN for decades. When she heard the news of Jan’s demise she wrote a piece entitled, “The True Legacy of Jan Crouch.” In it she reminds us that: 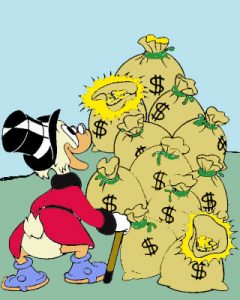 Jan had not spoken to her granddaughter since she was fired as the Chief Financial Officer of TBN in 2011 for insisting that the Crouches follow the laws governing the use of donor money and not siphon it off to boost Matt Crouch’s secular movie directing ambitions, among other reported wastes for the Crouches to live extravagantly.

Paul & Jan Crouch’s legacy must not go down in history all white-washed and controlled by million $ lawyers. The truth is ugly but must be told — if the LORD tarries, it must be known from here on that TBN was/is the biggest carrier of apostasy in all of church history. (Read Jackie’s full report here)

Why did the reporter neglect to inform readers about legitimate lawsuits? Moreover, why would a Christian publication fail to mention that the Crouches were often criticized, and rightly so, for being the “biggest carrier of apostasy in all of church history”?

It’s no secret that TBN props up a plethora of false prophets who spread heresy all over the globe.  TBN promotes the health and wealth prosperity gospel…NAR/dominionism…Purpose Drivenism…Emergent…Contemplative prayer…Christian Mysticism…New Age/New Thought and everything else under the sun.  In a word, syncretism.

Many people have expressed their concern and displeasure when they see evangelical celebrities thought to be theologically solid appear on TBN.  A few examples of those who have done this for whatever reason are Franklin Graham, Kirk Cameron, David Jeremiah, Ray Comfort, Beth Moore, Max Lucado and Anne Graham Lotz.

Leaders Who Fail To Lead

Quick digression.  While doing research for this article, I had no choice but to visit CP several times.  On one of those sojourns I noticed a blog post by Dr. Michael Brown at the top of the page.  Dr. Brown is a conservative Messianic Jew, whose resume includes all sorts of accomplishments and degrees, including a Ph. D from New York University.  Brown is a respected charismatic leader and Bible scholar.  His desire is to be taken seriously, and for the most part he is.  Ironically, on CP’s homepage, just a few doors down in the opinion section under “Living” I noticed a guest column by Joyce Meyer.  Meyer is a notorious false teacher so the heading should be “Dying” for the reason that her unbiblical theology leads to death.  So, why would a Bible scholar who grasps the meaning of heresy better than most want his column carried by a so-called Christian blog that features articles written by wolves in sheep’s clothing?  Remember, brethren, this is the “Christian” Post.  Richard Land, CP’s executive editor, served as president of the Ethics & Religious Liberty Commission which is the public policy arm of the Southern Baptist Convention until he was forced to resign.  Land is a conservative Baptist!  He, too, knows perfectly well that the prosperity gospel is a heresy that’s spreading.  Yet he seemingly has no problem providing a platform for Faith teachers to promote their rotten fruit!  Where’s the discernment?  Where was it in 2013 when “Papa” Paul Crouch died?  CP’s Anugrah Kumar wrote a tribute to him, quoting several Christian luminaries:

“Praise to God for this man of faith,” tweeted Lucado, bestselling author and writer and preacher at Oak Hills Church in San Antonio, Texas. Crouch “has passed into eternal joy,” he said.

“‏We celebrate Dr. Paul Crouch’s good & faithful work on earth. May we all leave such a legacy for the Kingdom,” wrote Creflo Dollar, founder and senior pastor of World Changers Church International, on Twitter.

May we all not leave such a legacy for the Kingdom, or we could find ourselves in the Kingdom of Hell.

Of course Paul’s pal Heretic Hinn had to add his 2 cents:

On this day of his glorious home-going, please reflect upon the tremendous impact of this man’s extraordinary life,” reads a tweet by Pastor Hinn from Benny Hinn Ministries. (Source)

A glowing tribute by Christian Post – for a ravenous wolf!

I have.  So back to the subject at hand, Janice Crouch.  From what we know to be true about her, she has passed from this life to a place where there is weeping and gnashing of teeth. Luke 13:28    I do understand there is always the possibility she repented of her sins and came to faith in the true Jesus Christ before she died.  If this was the case, by God’s grace, she is in heaven.

I’ll close with a quote from Dr. Martyn Lloyd Jones:

Heresies always result from the wiles of the devil, the efforts of the principalities and powers.  Are your eyes open to it?  Do you realize the relevance of all this to you as a member of the Christian Church?  Are you being carried away by this loose, general, sentimental talk?  God forbid that any of us should ever say that it matters not what you believe as long as you are a Christian.  May God open our eyes, and having given us to see the truth, then enable us “to be strong in the Lord and in the power of his might.”  “Take unto you the whole armour of God, that ye may be able to stand against the wiles of the devil.  (H/T Glenn Chatfield)

A Fast Growing Movement With Disastrous Implications By Marsha West