In a piece entitled The Great Migration, Dr. Peter Jones warns us that Progressive Christians see Christianity as “malfunctioning” and are hell bent on “saving” that “old time religion.” And Emergent Church guru Brian McLaren (who we thought had slithered into obscurity) thinks he’s the guy who’s destined to save us from the “Supreme Being of violent and dominating power.”

In his piece over at truthXchange, Dr. Jones presents McLaren’s grand scheme to oust the Trinity and “embrace a grander, inclusive God who demonstrates solidarity with all.” Sadly, we must take Brian McLaren’s attempt to revise Christianity seriously. Dr. Jones explains why: 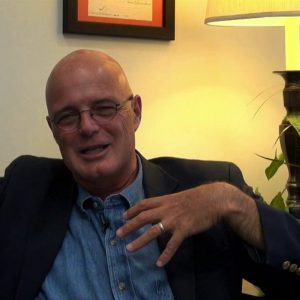 Berlin is a very different city today than the Berlin my daughter Eowyn and her husband David met when they moved there as church planters. They now find themselves preoccupied daily with a large immigrant population. Eowyn writes of her contact with a woman who said: “’I want to change religions. Mine leads to death and destruction. The God you describe is so lovely!”

Migrating to a new religion well describes the recent book by Brian McLaren, The Great Spiritual Migration (Convergent Press, 2016). The once Fundamentalist Evangelical pastor exhorts the Church to get rid of the now “malfunctioning” (4) “old time religion.”

He sees that the culture is resisting the Christian faith. His response is not to rescue sinners deceived by the culture. On the contrary, for him, the culture has it right and it is Christianity that must be “saved” (8). His proposal consists not merely of a few half-hearted tweaks to eliminate out-of-date practices. It is an impressively breath-taking revision of Christianity, beginning boldly with the very definition of God.

God must no longer be understood as the separate “omniscient, omnipresent and omnipotent” Creator and cosmic Ruler (92). God must be redefined as the spirit of love flowing within everything (46). With not one mention of the Trinity, McLaren presents an entirely impersonal god. “We must become atheists in relation to the Supreme Being of violent and dominating power” (93). Christianity must “lose its monotheistic notions to embrace a grander, inclusive God who demonstrates solidarity with all” (103). We need “a bigger, non-dualistic God” (102), a God who is “in the story, not outside of time and space like a prime mover or divine watchmaker” (222). I never dreamed I would have to say of a once Evangelical, still claiming to be Christian theologian, that his god, as we would say at truthXchange, is a Oneist, pagan god—a part of creation rather than the Bible’s Twoist God, who is separate from creation.  Continue reading