Posted By Marsha West on September 24, 2015 in Discernment, Liberalism
Share 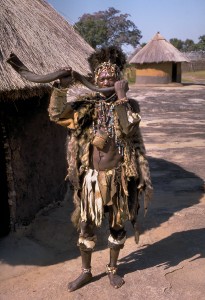 If someone has to die, in order for you to get what you want, are you okay with that?

If that someone is only “fetal tissue,” well, that’s how progress is made in medicine, as Geraldo Rivera once said. He wants a cure for cancer; and if it comes from the bodies of aborted babies, so be it. Let Planned Parenthood sell the baby parts to researchers.

Across the Atlantic, in southern Africa, much the same thing is going on, albeit on a grander scale. There, children and adults are murdered for their body parts, as part of a regime of magic and witchcraft known as “muti.” The body parts are even more powerful, magically, if they are harvested from the victim while he or she is still alive and screaming. Witch doctors advertise in South African newspapers; some of them even have email. If you’ve got a computer, you can enlist the services of a witch doctor from the comfort of your living room here in the good old U.S.A.

“Muti” is big business in Africa and most people believe in it. Really, it’s just one step up the ladder from what Planned Parenthood is doing: some of the unborn babies are still alive when Planned Parenthood starts cutting them up for parts. In both cases, someone is expected to benefit from the death of an innocent third party.

Oh, but we’re not superstitious in America! We don’t have witch doctors!

No—but we do have “climate scientists.”

Muti enjoys wide credibility in Africa. Here in the USA, the global warming muti is not as lucrative as it might be because too many people don’t believe in it. If people in Africa stopped believing in witch doctors, muti would cease to be profitable. Global Warming Muti needs a major shot of credibility. How to get it?

Not being as creative or enterprising as African witch doctors, some of the climate scientists—doesn’t that term make you laugh?—have nevertheless come up with a crude but potentially effective means of pushing their product.

They have asked the government—in particular, our lawless “president”—to punish any scientist or public figure who disagrees with them. Well, okay, the witch doctors in South Africa really can’t do that. It would look bad for the South African government to be jailing muti deniers.  Continue reading

Phyllis Tickle, who championed a church paradigm shift, is dead
Tim Challies reviews “Eve” written by the author of “The Shack”