In a blog post entitled “Some late-night thoughts about the most stunning election of my lifetime,” Denny Burk, Professor of Biblical Studies at Boyce College, offers 5 thoughts on the 2016 election result. He wants those who are discouraged to remember who’s running the show: 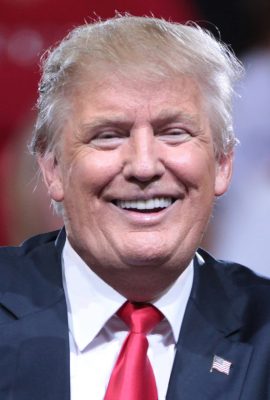 I have stayed up to the bitter end on election night. Secretary Clinton has just conceded the race, and President-elect Trump is delivering his victory speech as I type. There will be much to say in coming days about tonight’s result. Before turning-in for the night, I offer five quick thoughts on what we have just witnessed.

1. This is the American Brexit. It’s a populist realignment of the American two-party system. Donald Trump won 44% of the vote during the GOP primaries, and he has achieved a stunning victory tonight. The GOP is now the party of populism, not the party of conservatism. A similar populist strain runs right through the Democratic Party as well. That strain is reflected in the 47% who voted for Bernie Sanders in the Democratic primary, and that strain will endure for the foreseeable future. This populist divide runs right through both parties and has changed everything this cycle. Will it endure? I don’t know. But there’s no question about what just happened. The people spoke, and their voice astonishes the ruling class. This result leaves the nation’s media and political elites as the shocked victims of their own presumption.

2. I have been an outspoken opponent of both major party nominees. That means that no matter the result of this election, I was going to be disappointed. I thought both candidates to be uniquely unqualified for the presidency. But what now? I don’t regret opposing these candidates. I continue to believe both candidates to pose real challenges to the common good. I trusted neither of them on the issues I care about most—sanctity of life, marriage, and religious liberty. I also believe both of them to have character flaws undermining their fitness for office. In light of that, what is my duty now? If the Apostle Paul told Christians to honor Emperor Nero, then I know I certainly have an obligation to honor the president-elect (Rom. 13:1-7). I will be the loyal opposition when necessary. I will also be praying that I was wrong about him and that he will do better than what I have expected him to do (1 Tim. 2:1-2).   Continue reading

17 Responses to A conservative Christian’s perspective on the election