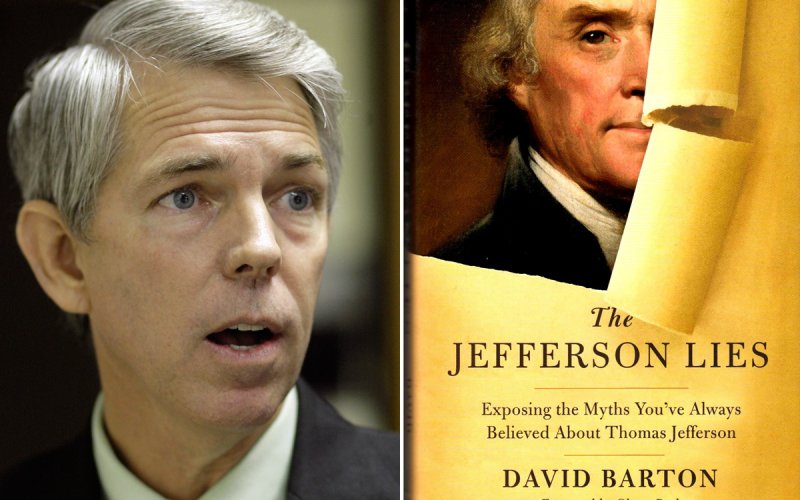 “If your family homeschools, or if you send your kids to a Christian school, or even if you are actively involved in Republican politics, listen to talk radio, and consider yourself a TEA party oriented person, the name David Barton has circled around your orbit at least a few times.” ~ Fred Butler, Hip & Thigh

“America’s favorite historian” (at one time) has become a controversial figure.  A few years ago David Barton was criticized for “cherry-picking” historical citations to present a Christian narrative of American history.  Not surprisingly Christian bashers on the Left accused Barton of misinterpretations and errors in his writing.  They weren’t alone in their criticism. A number of highly regarded conservative evangelicals and Catholics jumped on the bandwagon and began criticizing his misuse of information.  Jay W. Richards of the Discovery Institute was one such critic.  Richards, a Catholic, was so troubled by some of Barton’s writings that he invited a group of politically conservative evangelicals and Catholic historians to take part in an evaluation.  Dr. Gregg Frazer of the Masters College in Santa Clarita, CA agreed to participate.  Frazer, a conservative evangelical, authored The Religious Beliefs of the American Founders: Reason, Religion, and Revolution.   In his book he states his belief that America’s Founders were neither deists nor Christians, they were something in-between.  The term he uses is “theistic rationalist.”  When Frazer critiqued David Barton’s popular video America’s Godly Heritage he found many of its factual claims questionable.  For example: Barton’s claim that “52 of the 55 delegates at the Constitutional Convention were ‘orthodox, evangelical Christians.’” According to Frazer, Barton’s claim is bogus.

Christian Bible and book publisher Thomas Nelson published Barton’s book The Jefferson Lies:  Exposing the Myths You’ve Always Believed About Thomas Jefferson and later had the books pulled from bookstores and stopped distribution for what it deemed factual issues with the text.

Even though Thomas Nelson made the decision to bail out, the book has been offered on Barton’s website, WallBuilders.com and on Amazon.com.

According to Warren Throckmorton of Patheos:

The Berean Call reported on the Barton brouhaha and quoted Casey Michel of TPM as saying:

[Jay] Richards emphasizes that he and the scholars he consulted about Barton largely agree with Barton’s belief that Christian principles played a major role in America’s founding, but Richards argues that Barton’s books and videos are full of “embarrassing factual errors, suspiciously selective quotes, and highly misleading claims.”

While we have no doubt that Christians and Scriptural principles have influenced this nation, we need to stick to the facts. Because Barton’s research has often been shown to be in error, he has become a favorite target of skeptics who point to his errors and use it as ammunition in attacking believers. In short, carelessness or lack of integrity is counterproductive to the cause we would advance.

Recently World Net Daily decided that Thomas Nelson removed Barton’s book from publication because of “political correctness.” So WND’s CEO, Joseph Farah, published it in January 2016 and it’s available on WND at this writing.  (View the article) 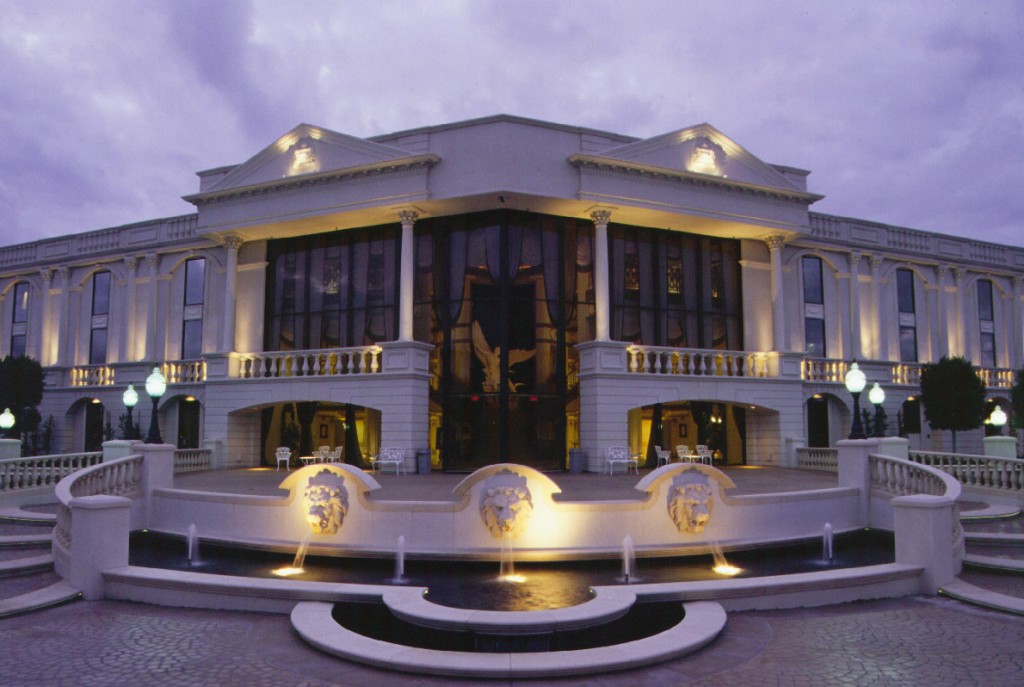 With this background in mind, let’s move to the current day and the main purpose of this article.  Trinity Broadcasting Network (TBN) announced that David Barton has been given his own TV show which first aired January 8.  The TBN press release states,

Once deeply respected around the world as a place of hope and opportunity, the United States of America today stands at a crucial crossroads as it faces serious issues central to faith, family, and freedom. But what if an entire generation of Americans could re-discover the bold, courageous, and compelling history that made their nation the “land of the free and the home of the brave”?

Evidently the powers that be who run TBN (Jan Crouch and son Matt) are unaware of the uproar Barton’s book on Thomas Jefferson caused.  Either that or they don’t care that several prominent conservative historians have come out and said that his scholarship is shoddy.  Likewise, they must be unaware of the statement Thomas Nelson’s Vice President and Publisher Brian Hampton made concerning this matter:

When the concerns came in, from multiple people, and that had weight too, we were trying to sort things out.  Were these matters of opinion? Were they differences of interpretation? But as we got into it, our conclusion was that the criticisms were correct. There were historical details — matters of fact, not matters of opinion, that were not supported at all.  (Source)

With the help of special guests like conservative television host Glenn Beck, former Congresswoman Michele Bachmann, law professor Dr. Carol Swain, and others, David Barton explores America’s founding principles and values to discover how the Founding Fathers used the Bible as a blueprint to ensure the heritage of liberty Americans have cherished for over two hundred years. 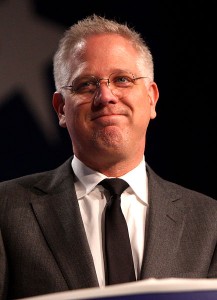 Well this is interesting.  Glenn Beck will be a guest on the show?  Beck’s a member in good standing of the Church of Jesus Christ of Latter-Day Saints.  Um…Mormons reject the Trinity, as in the T in TBN. Do Jan & Sons not know that Mormons contend they’re the true remnant of the Christian church — the one true church?

Since Mormonism denies central doctrines of the faith it’s not Christian by any stretch.  In fact, Mormonism is considered a theological cult or a sect.  Don’t be fooled by the rumor that has been circulating for several years, fueled by David Barton, that Glenn Beck is a Christian and that he’s saved.  If this is true, then why would Beck keep the news from his friends and fans?  Moreover, a truly regenerate Christian would understand that he must cut all ties with the LDS Church and join a church where the true gospel of Christ is preached.

But Glenn Beck hasn’t cut ties with his church.  Instead he promotes Mormonism.

It is astonishing that Jan & Sons don’t have a problem with Barton and a Mormon exploring America’s founding principles on their network when Barton’s creditability as a historian has been challenged and the Book of Mormon which Glenn Beck claims to believe in is riddled with historical inaccuracies. (One myth that science has laid to rest is the LDS assertion that they can trace the lineage of American Indians through a Jewish remnant called the Lamanites. According to the Book of Mormon a tribe from Israel made it all the way to the New World and that the Lamanites are “the principal ancestors of the American Indians.” View the story here.) Yet Glenn Beck stubbornly clings to the history of his church, which in many cases is provably false.

As I said above, David Barton is one who believes Glenn Beck is saved, meaning he’s a true Christian.  He once told Life Today host Randy Robison that just because Glenn Beck attends a Mormon church “doesn’t say anything about his personal relationship with Jesus.”

So Barton’s unaware that the Jesus of Mormonism is not the Jesus of the Bible?  Remember, Mormon’s reject the Trinity so their Jesus in not the Second Person of the Trinity.  Belief in the Trinity is an essential of Christianity so it’s a nonnegotiable.

What exactly does Mormonism teach about God?  Briefly,

God used to be a man on another world and that he became a god by following the laws and ordinances of his god on his home world. He brought his wife to this world, a woman he had married on the other world. She is essentially a goddess.

In his present god-state, he rules our world. He has a body of flesh and bones. Since god and his wife are both exalted persons, they each possess physical bodies. In their exalted states as deities, they produce spirit children that grow and mature in the spiritual realm. The first spirit born was Jesus. Afterwards, Lucifer was born along with the rest of us. So, Mormonism teaches that we all pre-existed in the spirit realm–having been produced from the union of god and his goddess wife.  Therefore, we all existed in spirit form before coming down and entering the bodies of human babies that are being born on earth. During this ‘compression’ into the infant state, the memories of our pre-existence is ‘veiled.’ (Source)

So the Mormon’s god is an exalted man, Jesus was his first born son followed by Lucifer, thus Jesus and Lucifer are spirit brothers. According to Abraham 3:37 in “The Pearl of Great Price,” which is a canonical work of the LDS, both Jesus and Lucifer offered to die for the son’s and daughter’s sins: 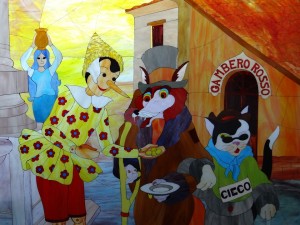 Continuing with the interview.  David Barton comments that “a lot of people judge Glenn on the label, he’s Mormon.”  Well, yes, and why’s that a problem?  It seems Barton doesn’t like labels, so we should ignore the Mormon label.  Robison inquires: “You believe he’s a Christian in every sense of the word?”  “I do,” replies Barton with a straight face.  “I have literally watched him pray and hear from the Lord and turn on a dime.”

Now let’s be clear.  As a Mormon, Glenn Beck would hear from the exalted god, who Mormons refer to as God the father, who is called Elohim.  As you just read, Mormonism’s god is not the God described in the Bible.  So it’s mystifying how David Barton, a man who obviously has a researcher’s mind, does not understand that historic orthodox Christianity’s God is the One True God.  Thus the god of Mormonism is a counterfeit!

Mormon’s follow Joseph Smith’s made up Jesus and they believe in another gospel, a gospel that saves no one.  I derive no pleasure in saying this, but God’s judgment will fall on those who reject the truth.

With all this information in mind, should we trust David Barton to accurately teach American history?  I mean, it would appear that he hasn’t felt it necessary to look into LDS founder Joseph Smith’s concocted version of American history.  And if Barton had looked into it, he’d have no trouble shredding the historic narrative of the Book of Mormon.  So – what prevents someone who professes a love for history from bringing the truth to light?  Fear of man, perhaps?

No doubt I’m going to be accused of judging.  Hogwash!  I’ve simply stated the facts – and some people won’t be able to handle the truth.  But before shooting me an angry email, why not be a Berean?  “Now these Jews [Bereans] were more noble than those in Thessalonica; they received the word with all eagerness, examining the Scriptures daily to see if these things were so.” (Acts 17:11)

I’ll close with a quote from a piece by Discernment Research Group written in 2010 entitled The Next Great Awakening….Or Great Deadening: Part 2: Rallying Around the Seven Mountains:

David Barton…has been working very closely with Glenn Beck recently.  Critics from all sides of the spectrum have begun to raise serious questions in the past few weeks.  Barton’s fervor for saving America has seemed to blind him to the questionable doctrines of those with whom he associates. Sadly, many sincere patriotic Americans who are Christian believers have followed him like a pied piper, straight into these strange associations. Barton, by exhibiting such a profound lack of discernment, has tragically given great credibility to these many false apostles and prophets.

David Barton sits down with Word of Faith heretic Kenneth Copeland and agrees with his unscriptural teaching.