Posted By Marsha West on June 19, 2015 in Progressive Christianity
Share

In this piece Bill Muehlenberg of Culture Watch responds to some of the mail he receives from  individuals who write to him that are clearly under demonic deception.  “They revel in their rebellion,” he laments, “They have been so deceived by the enemy that the utterly clear and black and white words of Scripture are completely rejected, replaced by the demonic spirit of the age. And these folks exult in this. They take pride in evangelising for secular humanism while throwing out the plain teachings of the Word.”

As usual, Muehlenberg pulls no punches.  Here is his commentary: 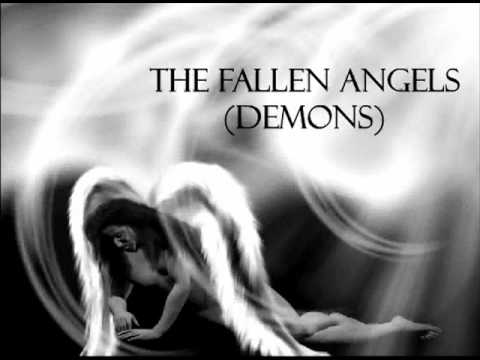 Deception is all around us, and even sadder, it is running rampant in many of our churches today. And one of the greatest examples of being deceived is when a person claims to be a Christian, yet totally rejects the hundreds of warnings in Scripture about being deceived!

They revel in their rebellion in other words. They have been so deceived by the enemy that the utterly clear and black and white words of Scripture are completely rejected, replaced by the demonic spirit of the age. And these folks exult in this. They take pride in evangelising for secular humanism while throwing out the plain teachings of the Word.

I have just had two very sad and worrying examples of this come my way. The level of blindness, deception, and pride in their anti-biblical nonsense is appalling to behold. They both make the claim to be Christians, while they both have declared the Word of God to be null and void, as they freely imbibe of every bit of worldly wisdom and deception.

Consider this sad bit of demonic deception from someone on another site where I had posted a comment concerning the pro-homosexual apostate Tony Campolo:

Bill Muehlenberg you are the cause of many people especially Gay young people hating Christ because for decades we in Australia had put up with your Gay hating vitriol, yes I know your proud of it..Thank God for people like Tony who lifts up Christ ..and thousand of Gay people are drwn to the Saviour because of the love of Christ shown true Tony to us Gay people in Australia. Perfect love cast out fear Bill, and you are perceived a fearful unloving man by thousand of Gay men and wome..think about it..mate ! I well remeber yout hate lectures at Harvest Bible College..thank God you are not representing God’s love to mankind..we have Tony praise God !

Wow, what can one say? When the living God is so clearly rejected, His Word spat upon, and this much satanic deception is going on, there is little one can do than pray for such a person. So please do. I do not recall who this person is, but I guess I did not teach him very well! He has gone off the deep end into deception, immorality and rebellion against the living God. And he seems to love it this way.

And what a shocker to realise that as I was called by God to faithfully and accurately teach the Word of God at a Bible college, there were students there sitting under my teaching who were in fact seething in hate and bitterness as I did so. That is so very tragic and heartbreaking to learn of.   Continue reading

Tony Campolo Calls for Full Inclusion of LGBT Into the Church

SEE OUR RESEARCH PAPER ON THE HOMOSEXUAL AGENDA