Recently a manifesto was released by the Council for Biblical Manhood and Womanhood known as the Nashville Statement (NS). The manifesto proclaims that traditional sexual morality is based on the clear teaching of Scripture, not on the whims of an ever changing culture.  Albert Mohler, president of Southern Baptist Theological Seminary and a signatory to NS, declared that the statement was released by “Christians who believe that it is our responsibility to speak clearly to issues of gender and sex and sexuality and biblical morality in a time when these issues are commonly confused.”

Peter Jones, Executive Director of truthxchange, also signed NS. He believes the manifesto raises two crucial questions: 1. What is God-honoring sexuality? and 2. Who is truly Christian?

Dr. Jones tells us that Progressive Christians accuse evangelical orthodoxy of resisting the Spirit’s leading and clinging to the dogmas and traditions that, in their view (which is decidedly liberal), God is calling us to rethink and reform Christianity.  “For these ‘Christians'” says Jones, “’Evangelical orthodoxy’ is a heresy.”

Dr. Jones has no problem naming names and lists several progressive “Christians” who deny the authority of Scripture; moreover, they twist Scripture into a pretzel so that it fits a very “progressive” (liberal) agenda. Jones writes: 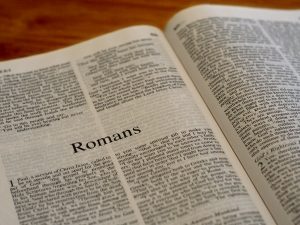 For this reason God gave them up to dishonorable passions. For their women exchanged natural relations for those that are contrary to nature; and the men likewise gave up natural relations with women and were consumed with passion for one another, men committing shameless acts with men and receiving in themselves the due penalty for their error. – Romans 1:26-27

This is the oddest time for me to be writing a book that warns the church that the affirmation of homosexuality will lead many Evangelicals into liberalism. The recent Nashville Statement on Sexuality (made public August 25, 2017), has, oddly enough, provoked an embarrassment of riches for my research into the decline of evangelicalism.

The internet is rocking with responses of “Christians” denouncing with righteous anger the Scripture-honoring Nashville Statement. Written and endorsed by leading evangelical theologians (such as J. I. Packer and Al Mohler) this statement is dismissed by “Christian” movements as a hateful attack on people with variant sexual identities. So the Nashville Statement raises two crucial questions: 1. What is God-honoring sexuality? and 2. Who is truly Christian?

The Liturgists drafted a statement called “God is Love”, signed by Christian writers Rachel Held Evans and Nish Weiseth, among others. They affirm: “We can no longer project first-century notions of sex and sexuality on people today.” They further state: “We believe that people of all sexual orientations and gender identities are fearfully and wonderfully made, holy before God, beloved and beautiful as they are. We believe all people have full autonomy over their bodies, sexual orientations, and gender identities, and the diversity of identities reflects the creative power of a loving God. We believe that God is love, and that ‘anyone who loves is born of God and knows God’.” (I John 4:7)

The group, Christians United in Support of LGBTQ+ Inclusion in the Church immediately proposed its own statement that begins: “As followers of Jesus Christ, we are compelled to bear witness to the love, grace, and truth of God in every generation…So it is that we, like each generation before us, are called to reflect, repent, and reform our teachings and practices to be ever more closely aligned with the heart and will of God revealed to us in Jesus Christ.” See http://www.christiansunitedstatement.org/

This group not only claims to be Christian, but claims to be the most Christian expression of what God is now doing. It goes so far as to state that Evangelical orthodoxy is “resist[ing] the Spirit’s leading in various ways and cling[ing] to the dogmas and traditions that God is calling us to rethink and reform.” For these “Christians”, “Evangelical orthodoxy” is a heresy.  Continue reading

SEE OUR WHITE PAPER ON THE HOMOSEXUAL AGENDA AND PROGRESSIVE CHRISTIANITY

4 Responses to Defining Orthodoxy in Our Modern World