Denny Burk, Professor of Biblical Studies at Boyce College, tells us that “David Gushee has written a column for Religion News Service arguing that the “middleground” is disappearing on LGBT rights.”

Before we get to Burk’s piece, readers should know that David Gushee is a “progressive evangelical” who serves on Sojourners board of directors.  Sojourners founder, Jim Wallis, is one of President Obama’s “spiritual advisers.”  Wallis insists that he’s an evangelical Christian even though he has abandoned the biblical gospel for the “social gospel.”  According to Wikipedia:

As a Christian ethicist, Gushee has periodically been out spoken about current controversial societal topics. His positions on such issues as climate change, torture, and LGBT rights have often put him into conflict with his traditional evangelical constituency.

Many evangelicals believe that because of his support of left-wing causes, Gushee is not a true evangelical. For one thing, he “agrees with the sexual revolutionaries that traditional Christians are guilty of invidious discrimination.”

Keeping in mind Gushee’s background, let’s hear what Professor Burk has to say on what he sees as the inescapable persecution of Christians who stand fast for the Truth. Burk informs us that the very liberal Gushee wrote the following warning intended for Bible believing Christians: 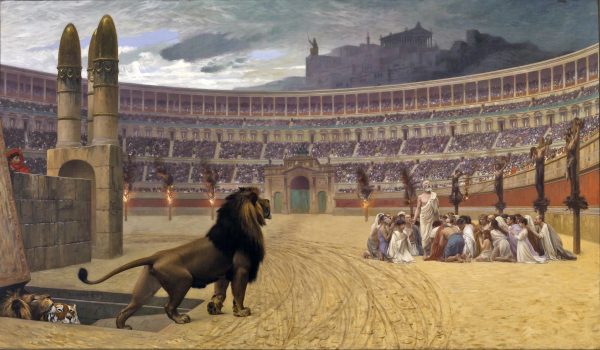 It turns out that you are either for full and unequivocal social and legal equality for LGBT people, or you are against it, and your answer will at some point be revealed. This is true both for individuals and for institutions.

Neutrality is not an option. Neither is polite half-acceptance. Nor is avoiding the subject. Hide as you might, the issue will come and find you.

Gushee is no doubt right about this. Those pushing for LGBT “rights” do not mean to offer any accommodation whatsoever to those of us who dissent from the moral revolution overtaking the West. All dissent must be eliminated, and those who continue to defy the revolution must be marginalized as morally retrograde bigots. There will be no hiding. No compromises. Everyone will eventually be smoked-out. And those who resist will be crushed. That is their aim.

Gushee argues that this moral revolution represents “progress.” He also agrees with the sexual revolutionaries that traditional Christians are guilty of invidious discrimination. The implication seems to be that Christians deserve what they have coming to them.

Over against this sweeping trend in favor of full LGBT equality and nondiscrimination stands America’s most conservative religious communities and their leaders, together with localities and states most affected by such conservative religiosity, and a weakening but still powerful contingent of activists, lobbyists, and Republican Party stalwarts.

I have been a participant in the effort to encourage Protestant religious conservatives, generally known as fundamentalists and evangelicals, to reconsider their position voluntarily. The same conversation is happening in almost every US religious community.

Notice that Gushee says that he is trying to convince evangelical Christians to change their views “voluntarily.” Don’t miss the significance of that. Gushee knows that those who resist the revolution will eventually run out of chances to cooperate. He knows that we will face coercive measures from the government and from private interests to force Christians to accept what their faith forbids. If we won’t submit “voluntarily” we will be forced to do so “involuntarily.”

Gushee describes in detail the coercive measures coming toward Christians.

Openly discriminatory religious schools and parachurch organizations will feel the pinch first. Any entity that requires government accreditation or touches government dollars will be in the immediate line of fire. Some organizations will face the choice either to abandon discriminatory policies or risk potential closure. Others will simply face increasing social marginalization.

A vast host of neutralist, avoidist, or de facto discriminatory institutions and individuals will also find that they can no longer finesse the LGBT issue. Space for neutrality or “mild” discrimination will close up as well.

And then Gushee closes with this:

Gushee seems to know that conflict is upon us. He seems to agree that it must happen because Christians are wrong to oppose the moral revolution. 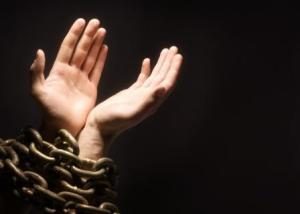 “Indeed, all who desire to live a godly life in Christ Jesus will be persecuted.” -2 Timothy 3:12

More than anything, Gushee’s column fills me with grief. There couldn’t be a bigger gap between what he would like to happen and what is actually happening among Christians right now. He would like for us to give up on the faith once for all delivered to the saints (Jude 3). But we aren’t going to do that. We believe that Jesus alone has the words of eternal life, and we aren’t going to trade his word for a mess of revolutionary pottage (John 6:68). We believe it is worth it to follow him no matter the cost.

We are not looking for ways to escape suffering by placating the spirit of the age. We are preparing ourselves to embrace suffering so that we can follow Christ. Christ told us it would be this way for his disciples, so we are trying to get ready for what he told us to expect (Matt. 16:24-26).

We also know that the conflicts ahead will be a proving ground for the faithful. There are many who call themselves Christian now but who will fall away when the conflicts come. When it becomes costly to follow what Jesus says about sexual immorality, some people will deny Jesus’ word in order to avoid the conflict. And that denial will not lead them to Jesus but away from Jesus. The settled conviction to deny Christ’s word is what the Bible calls apostasy (1 Tim. 4:1). Their going out from us to join the opposition will show what they are:

“They went out from us, but they were not really of us; for if they had been of us, they would have remained with us; but they went out, in order that it might be shown that they all are not of us.” –1 John 2:19

Liberals Created the Culture of Evil and Death by Marsha West

A Call to Come Out and be Found Faithful
AOG Leader Dr. George Wood Joins New Age Sympathizer Leonard Sweet at Luther 2017 (Another Step Toward Rome?)

6 Responses to The disappearing “middleground” and the coming conflict