Posted By Marsha West on October 19, 2015 in Creation vs. Evolution
Share

Christian News Network reports on Disney’s latest attempt to entice children into their worldview, which is anything but Christian.  This should be of concern to Christians, as Disney has a huge influence on children’s thinking. Ken Ham of Answers in Genesis believes that “this new film will be watched by many children and will only reinforce evolutionary ideas about the history of Earth.  Even though it’s fiction, nonetheless it will buttress the false beliefs about dinosaurs that children are taught through much of the media and education system.”

CNNet has the full report… 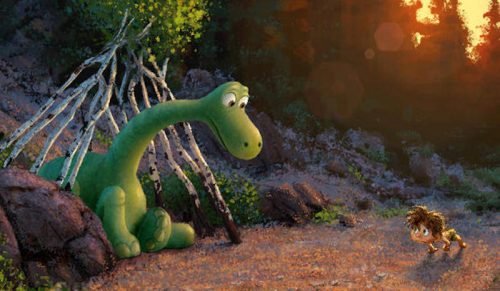 A well-known Christian apologist has spoken out about the “evolutionary indoctrination” in Disney-Pixar’s latest animated film, saying parents should be aware of the unbiblical presuppositions permeating the movie.

“This new movie claims to show what might have happened if the supposed asteroid impact that killed the dinosaurs in the most popular evolutionary dinosaur extinction theory had missed Earth,” Ham wrote. “In the trailer, an Apatosaurus meets up with a young boy and they travel together.”

In an earlier critique of the film, Ham said humans and dinosaurs did indeed once live together, as they were likely both created on Day Six of Creation Week, according to the Bible. Ancient artistic depictions of dinosaur-like creatures bear witness to the coexistence of man and dinosaur, he said.  Continue reading