Posted By Marsha West on September 2, 2015 in In the News
Share

Dr. Peter Jones of truthXchange explores the ways in which our debased culture continues to take a toll on the Church. TruthXchange is a ministry that seeks to understand the culture, as Paul did in his day, so that we will know how share the gospel of Jesus Christ with our neighbors and friends.  Because of the research he does, Dr. Jones has become a culture specialist.   As always, he offers a biblical perspective on the world the flesh and the devil. 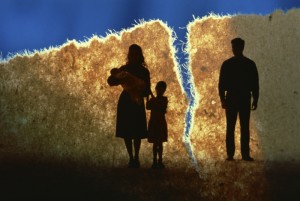 Adultery will tear a family apart

Classy name, eh! Thirty nine million adulterers, signed onto “the world’s leading married dating service for discreet encounters.” “Life is short: Have an affair,” intones the publicity, with an accompanying song: “ I’m looking for someone other than my wife.”

Noel Biderman, the entrepreneur behind the company, claimed he was not looking for someone other than his wife. Hypocritically, while he and his wife made millions on cheaters, he claimed he was a devoted husband and father. She said she would be devastated if he were unfaithful. Not surprisingly, when the site was recently hacked, among the millions outed was Biderman himself, with emails proving he had used the site for multiple affairs with other women. The dissimulation continued, since evil has a way of multiplying its effects.

Biderman stepped down from leadership, with the statement, “This allows us to continue to provide support to our members…We are steadfast in our commitment to our customer base.” You have to wonder what “commitment” means when the facts now show that of the 39 million “customer base,” only 12,000 of them, .03%, were real women. [Now a new claim of 87,600 women on the site is still only 2.2%]. It was all faked, meaning that virtually most of the millions of clients looking for “love” were men, with virtually no hope of actual “discreet encounters” with adulterous women.

Alas, this is no joke. Three people have taken their own lives because of the leaks, and those involved include many U.S. government employees with sensitive jobs in the White House, Congress and law enforcement agencies– even hundreds of church leaders. Such evidence would indicate that this event is not an incidental cultural blip but rather the tip of an iceberg graphically showing how far Western, once “Christian” culture has fallen into seemingly unprecedented levels of license and debauchery. It is my sense that there is an underbelly of deep commitment to sexual depravity and moral degradation that the Western world, thanks to technology, has rarely seen before. Continue reading