A few months ago Josh Niemi blogged about what he called “educational limbo.” Niemi believes that when tolerating the amount of moral mischief in their child’s school, each parent has a personal limit of how low they will go before removing them. In his piece he quotes Ken Ham of Answers in Genesis who said the following about public schools:

I think parents need to repent of just handing their kids over to the secular world. That’s what they’ve done. They’ve basically handed them over to a system. You know, it’s about time we faced up to it—the public education system, by and large, is nothing but a church of atheism. They’ve thrown the Bible out, they’ve thrown God out, they’ve thrown creation out, they say in their textbooks you can explain the whole of reality by natural processes. What is naturalism? It is atheism.

According to Niemi, most parents recognize the inherent danger in government schools and allow their children to attend anyway.  In his piece over at Expository Parenting, he lays out a case for Christian parents removing their children from what many conservatives caution has become leftist indoctrination in K-12 public education.  He writes: 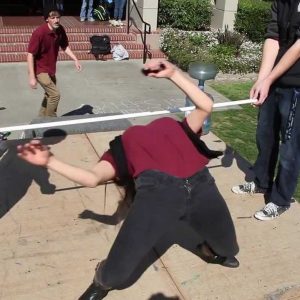 It’s hard to find a consensus among Christians when it comes to many issues of the faith. Certainly, regarding salvific issues—non-negotiables of the Gospel like the deity of Christ, salvation through faith alone, the bodily resurrection, and so on— there is unanimity. After all, those must be affirmed in order to actually be considered a true Christian. Yet, there is widespread disagreement between genuine believers when it comes to other aspects such as baptism (credobaptism vs. paedobaptism), church government (elder rule vs. congregationalism), or eschatology (premillennialism vs. amillennialism vs. postmillennialism).

That issue is government education. An overwhelming majority of Christian parents are united in sending their children to public school.

What’s fascinating about education is that despite its tremendous importance in a child’s life, the most common reasons for sending children to public school are often merely pragmatic (ends justifying the means). Whether it’s a pragmatic reason loosely based on Scripture (the misguided notion that other children won’t be evangelized without the “salt and light” of their children in that hostile environment), or a pragmatic reason based on lesser priorities (socialization, test scores for college, sports, etc.), the bottom line is that many parents adopt an “if/then” rationale (rather than a biblical rationale) for their choice. “If we don’t send Johnny to public school, then he’ll miss out on…” or, “If Susie isn’t in public school, then she won’t be able to…” Of course, in a way this is understandable—without consulting the Bible it only makes sense that the decision would come down to utilitarianism.

Having said that, I think most parents recognize the inherent danger in government schools. And, of course, most parents care deeply for their child’s spiritual well-being. Therefore, what this also means is that most parents probably have an unstated or subconscious limit to what they will tolerate their children being subjected to in a public school situation. In other words, the question for many parents is not whether or not the Bible actually portrays public school as the normative educational route for children. Instead, the question comes down to “educational limbo”—how low will I go? How far down will I set the bar? What is the worst a school system can get before I have to take action? In the actual game of limbo, players compete to see who is flexible enough to lean backward and walk underneath an ever-lowering horizontal pole without falling. And when it comes to educational limbo, each public school parent has a personal limit to the amount of moral mischief he or she will tolerate before breaking.

For some, the bar is set at the transgender issue. As bathrooms and locker rooms have become bastions of gender confusion, some parents have said, “Ok, this is over the line.”

For others, the bar is set at evolutionary theory. As science classes have become breeding grounds for intellectual dishonesty, some parents have said, “Ok, that’s enough.”

Still others put the bar at the removal of public prayer and the Ten Commandments. As schools have become strongholds of secularism, some parents have said, “Ok, we can’t do this anymore.”

I mentioned this just the other day; this is the most chilling thing I’ve heard in a very long time. I was talking to a man and his wife and they were explaining to me why they’d made a radical change in the education of their children just in the last few days. And it is because they were at dinner and their ten-year-old son heard the mother and father talking about issues related to a headline event with the LGBT complex of issues. And the ten-year-old son said, “That’s hate speech, dad.”[3]

It is most definitely commendable that the parents in the aforementioned scenario used such a startling turn of events to re-examine their child’s educational situation. They didn’t ignore the clear warning signs. Yet, we must also ask, “Is that the standard?” Is that how low the bar has to go? Does a child have to come home articulating an anti-God worldview before the problem becomes clear? After all, for a child to rebuke his father with such a secular perspective means that there has already been a worldview implanted in his heart (cf. Luke 6:45).   Continue reading

Read our White Paper on Discernment