Picture a non-binary, non-judgmental Christian community with no sexual labels, in which we no longer judge people on the basis of their sexuality.  Hard to imagine a Bible believing Christian promoting a community such as this, yet this is the sort of thing one professing Christian imagines in our future. “This non-binary, non-judgmental approach,” assures Jenell Williams Paris, “will produce the desirable mature Christian community with no sexual labels…for we will never agree on ‘sexual ethics’ and what are ‘divergent sexual practices.'”

In this piece over at truthXchange, Dr. Peter Jones reviews Paris’s book “The End of Sexual Identity: Why Sex Is Too Important to Define Who We Are.”  Although Dr. Jones reviewed the book a few years ago it is still an important read today.  To see what I mean, take a look at what’s going on in the “Christian” community in Bothell Washington.  Christian News has a story about “Pastor” Ryan Meeks who announced that he believes a “move of the Spirit” caused him to rethink how he had handled the issue of homosexuality. In one of many videos released by Meeks “amid clips of profanity usage” he admitted that he used to “shy away from the topic.” But not anymore. “When it came to the conversation around the LGBT community and church policy, or what does the Bible say about homosexuality, I always felt awkward about it. I didn’t want to bring it up,” said the shepherd of the sheep. “I felt like I needed to scare people into believing the right thing because the God who loves them is going to send most of human history to Hell,” Meeks said. “That’s the Good News? Sounds pretty [expletive]!” (Source)

The true Bible believing Christian is rare these days.

So, enough about the profane pastor (influenced by Mark Driscoll?) who has chosen to reject the Bible’s clear teaching on homosexuality — that it is a sin against a holy God — and move on to the stellar review Dr. Jones penned on Jenell Williams Paris’s book: 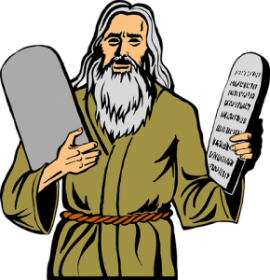 According to Messiah College professor, Jenell Williams Paris, “Heterosexuality…is an abomination” (43). This statement is doubtless meant for maximum effect, since the Bible declares male on male sex as “an abomination” (Lev 20:13). One is led to ask how an evangelical Christian scholar, published by a Christian publishing house (IVP) justifies such a shocking formulation.

As an “abomination” Paris means the false classification of persons as merely homosexual or heterosexual, a practice she feels gives a person identity only on the basis of sexual choices or desires, rather than on their status as creatures made in God’s image and loved by God (97). Paris also argues that, historically, the terms “heterosexuality” and “homosexuality” have never had to do with theology or ethics, but are recent “social constructions…created by people within the last two hundred years” (15). Prior to this modern period, people did not think of themselves as having sexual identities (42).

For Paris contends that the recent term “heterosexuality” has produced a “heterocentrist theology” that “breeds hierarchy, moral superiority and inauthenticity,” making the term “not a good enough value to prize, seek after and organize life around” since it has hurt homosexuals (40, 107). When Christians use the term to condemn “homosexuality with such vehemence,…[they] have arguably contributed to the cementing of sexual desire as central to human identity” (70). Christians, having bought into the sexual identity framework, engage in an unhealthy obsession with wanting to change the sexual orientation of homosexuals (99).

So, what would renewed Christian minds look like? According to Paris, we need minds that are “calm…about sexuality,” minds that will, with “maturity,” stop “rooting after moral law and clinging to moral judgments” (78). Such maturity rejects rigid “sexual dimorphism (or binary sex categories)”  like male and female, for such categories, though they seem “to simply reflect the binary pattern of creation,…are cultural creations” (31). This non-binary, non-judgmental approach will produce the desirable mature Christian community with no sexual labels, in which we no longer judge people on the basis of their sexuality, for we will never agree on “sexual ethics” and what are “divergent sexual practices” (140, 144).

With the advent of sexually neutral Christian communities and the general abandonment of the terms heterosexual and homosexual (and thus of this false, dehumanizing “sexual identity framework”), we can optimistically hope that the recently created problem of sexual identity will pass as quickly as it came. All in all, the future looks bright.

The burden of this book is to “humanize” the homosexual neighbor, a burden shared by the Apostle Paul, who calls not the homosexual but himself “the chief of sinners” (1 Tim 1:15), who ministers to homosexuals, as evidenced by their presence in his churches (1 Cor 6:9), and who adds to his condemnation of homosexuality (Rom 1:26-28) a long list of other sins (Rom 1:29-32). Paul shows us that Christians may never be moralizers!

Paris succeeds as an observant anthropologist in showing the numerous variations and complexities of sexual desire and practice in today’s world, and, as an obviously caring Christian woman, focuses on love rather than judgment (8). She rightly shows deep respect for all human beings, whatever their sexual orientation, and wants to avoid the self-justifying moralism that “God-hates-fags Christians” unfortunately exemplify.

In spite of these noble intentions, however, Jenell Williams Paris’s analysis is largely unsuccessful, and in my view, pastorally harmful. The present acceptance of homosexuality among young believers threatens the future Christian community with moral and spiritual relativism that will lead it into full-blown religious paganism.

The crucial nature of the moment which we are living is illustrated by the website, OneWheaton.com. Wheaton College, one of the academic pillars of Christian orthodoxy, now faces head-on the issue of homosexual students in its midst. The goal of this unofficial site is to support LGBTQ students at Wheaton College, as do (according to the website), “similar alumni movements … at other Christian universities.” The site states its intent to counter “prevailing ideas about homosexuality in the Wheaton community”:

…we have come together as a voice of freedom and hope…we have traversed the contradictions we once thought irreconcilable, and our sexuality has become an integral part of our broader pursuit of justice, compassion, and love.[ref]“Who is OneWheaton?” OneWheaton – A Community of LGBTQs and Allies of Wheaton College, http://www.onewheaton.com/us.html.[/ref]

Though the statement of Wheaton College President Ryken, in “affirm[ing] the full humanity and dignity of every human being, regardless of their sexual orientation or gender identity,”[ref]Philip Ryken, “Message from President Ryken Regarding OneWheaton,” Media Relations at Wheaton College, http://www.wheaton.edu/news/releases/10-11_releases/04.29.11_OneWheatonResponse.html.[/ref] seems to express the goal of Paris’s book, she really wants more. She wants  a “post-sexual identity church” that refuses all sexual labels (16). But faced with the kind of thought-through pro-gay Christian morality now appearing at places like Wheaton, the Paris ideal will surely not halt the tsunami of theological legitimization of homosexual practice in the evangelical church; indeed, it may contribute to the tide. Continue reading

One Response to Evangelical Author: ‘Heterosexuality is an Abomination.’