JD Hall of Pulpit & Pen reminds us that Albert Mohler, president of Southern Baptist Theological Seminary, “is the alpha-dog of the Reformed theological world, one of the architects of the SBC’s Conservative Resurgence, and is generally speaking the smartest person in the room (literally). Mohler’s theology is impeccably sound, but decisions in recent years have left many shaking their heads.”  JD chides Mohler for what he believes are his troubling personal relationships and political denominational promotions.

And then there’s ERLC Research Fellow and Liberty University professor Karen Swallow-Prior.  According to JD, Swallow-Prior, a self-described feminist, “has repeatedly shown a disregard for biblical holiness in her associations.”  This includes “attending a ‘gay Christian’ film festival, partnering with unbelievers to advise animal rights groups [and] joining with feminists that bash complementarianism.” 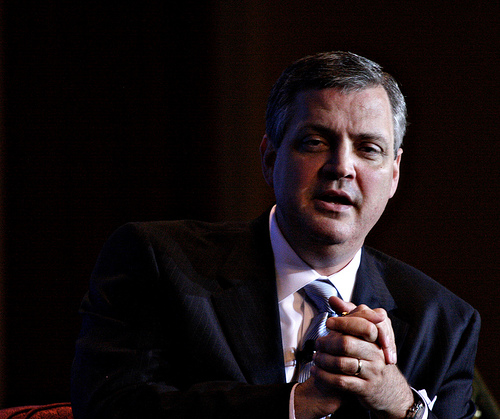 As we previously informed you, #BlackLivesMatter is no innocent grassroots organization concerned about legitimate police brutality, but a Marxist organization run by overt racists, race-baiters and sympathizers of domestic terrorism (source link) and well-funded by splinter-cells of ACORN and billionaire socialist financier, George Soros (source link). Of course,  you know all of that unless you are living under a rock.

Clearly, evangelicals eager to find common ground with secularists are quickly capitulating and pandering on the issue of race. We have seen an absolute rolling over on important ethical issues for the sake of political correctness and progressive applause, from Russell Moore (source link) to John Piper (source link) to the recent InterVarsity conference (source link). Let’s face it, folks. We have clearly entered the age of Soft Evangelicalism – a nicer, more likable, politically correct, nuanced and whimsical evangelicalism. Short of the base support to capitulate (overtly) on the topic of human sexuality, Soft Evangelicalism, under the leadership of the Evangelical Intelligentsia, has chosen two issues with which to change our tone and build bridges with those whom we want most to like us – immigration and race.

The individuals reached out to by Christianity Today to opine on what  the pro-life movement could learn from #BlackLivesMatter that most that most interest us are Albert Mohler and Karen Swallow Prior.

Mohler is the president of Southern Baptist Theological Seminary, is the alpha-dog of the Reformed theological world, one of the architects of the SBC’s Conservative Resurgence, and is generally speaking the smartest person in the room (literally). Mohler’s theology is impeccably sound, but decisions in recent years have left many shaking their heads. These include allowing Louisiana Baptist Convention president, David Hankins (who has consistently sought to persecute Southern graduates in Louisiana in a crusade against Calvinism) to just be renewed as a trustee at SBTS (source link), his continued promotion of social progressive Russell Moore (source link), his back-peddling on reparative therapy and sexual orientation (source link) and his nomination of IHOP-speaking, confetti canon baptistry-operating Ronnie Floyd as president of the SBC (source link). Whereas Mohler’s doctrine is solid, his personal relationships and political denominational promotions have been troubling. 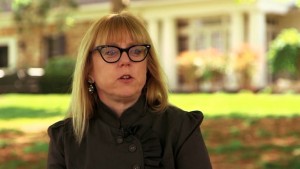 Karen Swallow Prior has been written about extensively at Pulpit and Pen (click here for list of articles). Most recently, she tweeted a lascivious and affirming comment to a gay pastor, related to her support for #BlackLivesMatter (source link). She is an animal rights activist, demanding an end to mass farming even if it means “the economy of our country be damned” (source link). She brought the SBC’s ERLC into partnership with the radical Human Society, with whom she also serves (source link). She is a self-described feminist (source link). She has promoted erotic gay propaganda (source link). She received criticism from around the internet (source link) for defending abortion clinics against charges that abortion is murder, saying that calling abortion murder is “unchristlike” (source link). She spoke at a “gay christian” fundraiser and is a hero to the LGBTQXYZ “community” (source link) and while giving lip-service to the sinfulness of sodomy, is clearly affirming in her behavior, associations and worldview (for how she is gay affirming, click here). Prior is a research fellow at the ERLC, a literature professor at Liberty University, and writes for Christianity Astray and other publications.

In response to the question of what the pro-life movement can learn from #BlackLivesMatter, Mohler wrote…

If committed to the worldview of Scripture, both #BlackLivesMatter and the pro-life movement ground their moral urgency in the fact that every single human being—regardless of race, ethnicity, condition of life, or stage of development—is an image bearer of God. In this sense, there should be both common ground and common support. #BlackLivesMatter needs to be concerned about the racial disparity in abortion in America, and the pro-life movement has to remember that the sanctity of life means all of life.

Mohler’s statement is gobbledegook. The if in his first sentence is clearly unnecessary, because anyone with access to Google knows that #BlackLivesMatter certainly isn’t committed to a Biblical worldview. Everyone knows this. Everyone also knows that the organization has no problem with black-on-black violence, and that especially includes violence in the black womb. Why we’re opining on hypothetical absurdities like the one upon which Mohler’s statement is prefaced, is beyond me.  Continue reading