The liberal Washington Post has an excellent piece by Michael Horton who is an author, speaker, and J. Gresham Machen professor of Theology and Apologetics at Westminster Seminary.  Dr. Horton expresses his concern that Donald Trump’s inauguration will help to mainstream the heretical Word of Faith (WOF) movement. He points out that “Trump has surrounded himself with cadre of prosperity evangelists who cheerfully attack basic Christian doctrines. The focus of this unity is a gospel that is about as diametrically opposed to the biblical one as you can imagine.” According to Dr. Horton, WOF is “another religion.” Clearly, WOF is not historic, orthodox biblical Christianity for the reason that in the Faith system man is glorified and the God of the Bible is humiliated.

Now listen as a Christian theologian examines WOF teaching and reveals the reasons evangelicals should be alarmed by the people President-elect Trump chose to pray during his inauguration.  Dr. Horton writes: 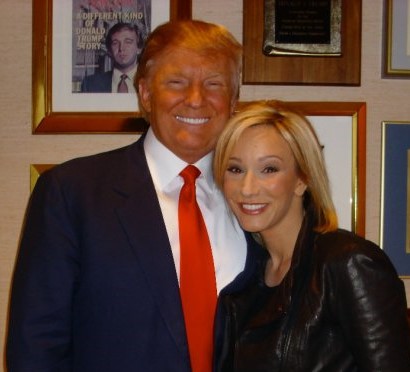 Donald Trump’s upcoming inauguration will include Paula White and possibly other members of his inner circle, Darrell Scott, “Apostle” Wayne T. Jackson and Mark Burns. They’re all televangelists who hail from the “prosperity gospel” camp. They advocate a brand of Pentecostal Christianity known as Word of Faith.

Inaugurations are always curious rituals of American civil religion. It would not be surprising to see a non-Christian religious leader participating. But what’s problematic for me as an evangelical is how Trump’s ceremony is helping to mainstream this heretical movement.

The prosperity gospel — the idea that God dispenses material wealth and health based on what we “decree” — is not just fluff. It’s also not just another branch of Pentecostalism, a tradition that emphasizes the continuation of the gifts of healing, prophecy and tongues. It’s another religion.

In terms of religion, this inauguration exhibits the confluence of two major currents of indigenous American spirituality.

One stream is represented by Norman Vincent Peale’s longtime bestseller “The Power of Positive Thinking” (1952). The famous Manhattan pastor is Trump’s tenuous connection to Christianity, having heard the preacher frequently in his youth. For Peale and his protege, the late Robert Schuller of Crystal Cathedral fame, the gospel of Christ’s death for human sin and resurrection for justification and everlasting life was transformed into a “feel-good” therapy. Self-esteem was the true salvation.

Another stream is represented by the most famous TV preachers, especially those associated with the Trinity Broadcasting Network (TBN). Kenneth Copeland, Joyce Meyer, Benny Hinn, T. D. Jakes, Joel Osteen and Paula White are the stars of this movement, known as Word of Faith.

The headwater for both streams is New Thought, formulated especially by Phineas Quimby, a late 19th-century mesmerist whose mind-cures attracted Mary Baker Eddy, founder of Christian Science. The basic idea of his “gnostic medicine” was that we’re sick only because we think bad thoughts. Illness and death are an illusion.

Harvard’s William James took note of the phenomenon in his 1902 classic, “The Varieties of Religious Experience.” He described it as “an optimistic scheme of life” rooted in Emerson and “spiritism,” suggesting that even “Hinduism has contributed a strain.” “But the most characteristic feature of the mind-cure movement is an inspiration much more direct,” he surmised. “The leaders in this faith have had an intuitive belief in the all-saving power of healthy-minded attitudes as such …”

The Word of Faith movement was largely the brainchild of E.W. Kenyon (1867-1948), who blended Quimby’s Emersonian transcendentalism with his more evangelical “Victorious Life” beliefs. “I know that I am healed,” he wrote, “because [God] said that I am healed and it makes no difference what the symptoms may be in my body.” Kenyon shaped many of the distinctive Word of Faith teachings, including the central idea of “positive confession.” “What I confess, I possess,” he said — in other words, “name it, claim it.”

As a student of Kenyon, Kenneth Hagin, revered as “granddaddy” in Word of Faith circles, gave the faith-healing movement its theological core. It included odd teachings about us all being “little gods.” Those who are born again, Hagin said, “are as much the incarnation [of God] as Jesus of Nazareth.” “You don’t have a God living in you,” says Hagin’s student Kenneth Copeland. “You are one.” Creflo Dollar adds, “[The] only human part of you is the flesh you’re wearing.”  Continue reading

John MacArthur’s Ten Crucial Lessons We Must Teach our Children
Passion Conference: A Pastor’s Perspective on The Importance Of Truth and Standing Against Apostasy