Posted By Marsha West on July 9, 2015 in Entertainment
Share 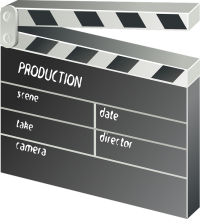 Director Amy Berg exposed the cover-up of pedophilia in the Catholic Church in her 2006 Oscar-nominated documentary, “Deliver Us from Evil.” On Friday night, July 3, New Yorkers can see her explosive new documentary on how pedophiles operate in Hollywood and cover up their crimes. Her film “An Open Secret” is being shown at the Cinema Village at 22 East 12th Street in New York City.

Several journalists are included in the film, with one describing his attempt to document the sexual crimes committed by top Hollywood figures and how his story exposing this criminal conduct was killed.

Even more shocking, director Berg was quoted as saying last November that she could not find any company willing to distribute her film.

That has changed with the showing on Friday night in New York, and the opening in the Los Angeles area on July 17 at Laemmle’s Music Hall in Beverly Hills.

Rocky Mountain Pictures, the distributor behind such ground-breaking conservative-oriented documentaries as “Obama 2016,” has stepped up to make sure this important film gets released in various cities throughout the summer. (Vesuvio Entertainment is also helping with distribution of the film.) The film is rated R, meaning those under 17 must be accompanied by a parent or adult guardian.

It includes interviews with victims and identifies by name those who have been caught, prosecuted, and convicted for sexual abuse. The film identifies a pedophile ring once led by a convicted sex offender named Marc Collins-Rector, who had ties to the rich and famous in Hollywood.