Posted By Marsha West on September 29, 2015 in Charismatic
Share

JD Hall of Pulpit and Pen has something to say to Charismatics in regard to their propensity to dabble in mysticism or what he calls witchcraft.  When two prophecies uttered by highly regarded men in the charismatic community failed to come to pass, JD concluded that “God has, in his Providence, chosen to use these astrological omen interpretations to bring judgment against America’s charismatics for their embarrassing naivety, abominable discernment, and systemic false prophecy…”

You don’t want to miss what straighter shooter JD Hall has to say to Christians who are caught up in charismania. 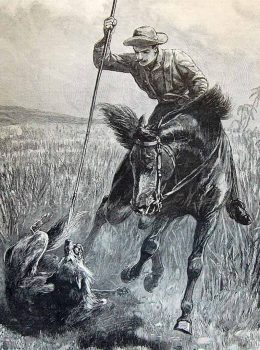 Two “significant” events (read that, rather ordinary, foreseeable and cyclical events that are predictable by the Farmer’s Almanac) recently brought God’s judgment – as expected and promised – by America’s prophets. That God used these “signs” to judge was not surprising, but who God ultimately judged was surprising.

Jonathan Cahn, who calls himself a Messianic Rabbi (whose credentials are dubious), wrote a book detailing ten signs present before Israel’s collapse, comparing them to ten signs now present in America, called The Harbinger. With the success of that book, Cahn springboarded into a new divination, this time pulling from the Old Testament ceremonial law the command in Exodus 20:11 that the ground lay fallow every seven years, which was both agriculturally astute and required the Israelites to trust God for their provision. Debts were also to be canceled during that year as well, which was one of a number of safeguards against the holding of longterm debt in Israel’s economy. This year was called the Shemitah, meaning a “releasing” (referring to release from debt), which Cahn has interpreted more ominously as a “shaking.” Doing the math, Cahn reveals that September 25 2014 to September 13 2015 is the Shemitah Year (source link).

The original Four Blood Moons author was Mark Biltz (pastor of All Nations Church) – who is credited with “discovering the four blood moons phenomenon” – and published his book with Worldnet Daily’s Joseph Farah. Not long after, prominent televangelist John Hagee launched his own book on the topic, borrowing from Biltz to such a degree that  accusations Hagee “stole the idea from him” seem not only plausible, but inarguable.

Biltz, who was blitzed by Hagee (see what I did, there?), said this about the Four Blood Moon and its judgment…

Darn right. Biltz is a prophet, after all.

“God is trying to communicate with us in a supernatural way…I believe that in the next two years [from 2014], we’re going to see something dramatic happen in the Middle East involving Israel that will change the course of history in the Middle East and impact the whole world.”

Well…no. That didn’t happen. And if God is “trying” to communicate with us in a supernatural way, America’s charismatic prophets have proven not to be conduit of that communication. In fact, it’s hard to imagine prophets with a less accurate prophetic history than the kind of charlatans and swindlers found on TBN and Charisma Mag.  Continue reading

CHECK OUT OUR RESEARCH PAPER ON THE OCCULT-SORCERY