Museum of Idolatry (MoI) includes a video trailer that promotes International House of Prayer’s (IHOP) annual convention, Onething 2017.  In the video we see IHOP- KC founder Mike Bickle shouting to the crowd: “God is raising up a church that is going to be prepared to be the vessels of His glory, to release His glory into the earth this very hour of intense darkness…” So, those who attend Onething will come away prepared to “release God’s glory into the earth”? Is there a verse to back this up? asks museum curator, Steven Kozar.  Why should we be concerned about a gathering of young people who want to get together to celebrate God? For one thing, IHOP’s teaching is built on a contemplative foundation and because of this, much deception has occurred. (Source)

In this piece over at MoI, Kozar deals with Francis Chan‘s return to Onething and his association with Mike Bickle, Todd White and other NAR wolves: 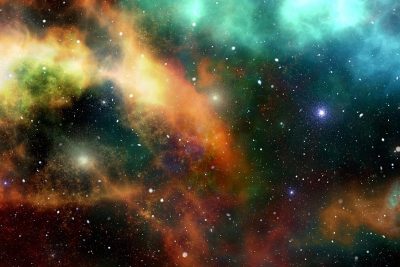 The heavens declare the glory of God, and the sky above proclaims his handiwork. – Psalm 19:1

Francis Chan has been a very respected Evangelical pastor and author for over a decade now, but he has taken a very deliberate turn towards the “Signs and Wonders” New Apostolic Reformation-version of Christianity in recent years. Chan does not teach the extreme Word of Faith doctrine at all, in fact, he’s been really clear about wanting to stay away from man-centered false teaching altogether. He is to be commended for much of his Bible-based teaching, but that makes it even harder to understand his willingness to partner with IHOP and Todd White.

Here’s a disturbing article that documents his slide towards the doctrinally apostate church: Francis Chan Endorses the Apostate NAR Movement

Francis Chan has been known as someone who has given away most of his income to very charitable causes. He even has a Master of Divinity from the very conservative Master’s Seminary where he would have been taught the exact opposite of the New Apostolic Reformation/Word of Faith doctrine that IHOP and Todd White promote. Todd White is happy to make large piles of money and live in a gigantic mansion; how does Chan feel about that? Todd White claims that he can “claim someone who doesn’t believe and there’s no way they can get out of it.” How does Francis Chan feel about Todd White claiming to have the ability to sovereignly elect people?

Watch this emotionally manipulative video about the upcoming “One Thing” conference that IHOP holds every year, and notice the prominent teaching of Dominionism as well: Continue reading

SEE OUR WHITE PAPER ON THE NEW APOSTOLIC REFORMATION/DOMINIONISM

Is Christianity on a “great spiritual migration” to a new religion?
Why Doesn’t God Just Talk To Me?