Nick Batzig of Reformation 21 addresses the hullabaloo that ensued following a blog post Kevin DeYoung wrote on “Game of Thrones.”  In his post DeYoung challenged Christians to stop filling their minds with garbage.  How dare he say that watching actors simulate sex is sinful, some said.  So, my question is, when it comes to a professing Christian’s viewing habits, what should his/her main concern be?  How about this: I am here to glorify God…how am I doing right now?

With this in mind, here are a couple of quotes from Batzig’s piece that jumped out at me:

I have never had a friend tell me, “I just saw this intense sex scene on such and such a show and I’ve never been so close to the Lord.” That has never happened in all of human history, and, honestly, it never will. When we lay sophistry aside, we all know that we should be guarding our hearts and minds a whole lot more, not a whole lot less, in a day when wickedness pours through the television like floodwaters.

We must not forget that Hollywood is also targeting every sort of person with demographically driven sexual sin. Housewives are the main intended audience of movies like Magic Mike and 50 Shades of Grey. In all of this, there is a systemic unravelling of the foundations of morality that should leave Christians deeply disturbed. It can and will only get worse; and, we better wake up to the dangers of it for our own souls and the souls of our children!

Nick Batzig makes many excellent points in his piece. But for him the bottom line is this. Why do so many professing believers, who claim to love the Savior, choose to watch movies, television shows, and read books that in no way glorify God? 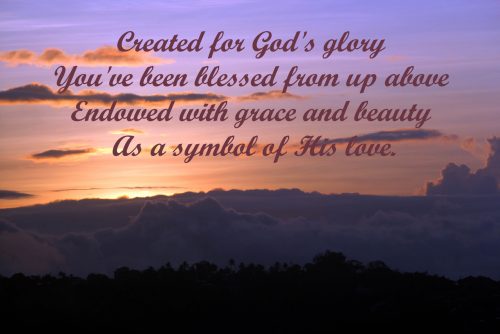 Yesterday, Kevin DeYoung kicked the proverbial hornet’s nest when he wrote a post titled, “I Don’t Understand Christians Watching Game of Thrones.” That post was swiftly met with a tirade of social media attacks, such as, “The Bible has many, many more violent and lewd scenes than Game of Thrones…know your Bible, Kevin,” “[you] shouldn’t expect consciences to be the same” and “Bad idea denouncing what you have no experience with…” Honestly, it was painful to read through the emotionally charged, biblically weak and grammatically poor responses to DeYoung’s encouragement for professing believers to pursue holiness in regard to what we set before our eyes on television.

Before saying anything else, I want to confess that, over the years, I have watched television shows and movies that I ought not to have watched–entertainment that I did not watch to the glory of God (1 Cor. 10:31). While I have not watched Game of Thrones, I have watched a litany of other shows that are subject to similar criticisms as those raised by Piper and DeYoung. Those which I have watched have had enough sexual content and innuendos in them to fall into a category similar to that of Game of Thrones. While I have fast forwarded through as many of those scenes as I could whenever they appeared, I now confess that I should not have watched the show in the first place. I am no more like Christ and no more fruitful in the work of His Kingdom for having watched them. I have asked the Lord to forgive me for having watched things that I shouldn’t have watched and that I did not watch to His glory. I say this to confess my own sinfulness at the outset.

What are we to do, then, when it comes to fix a limit on what a Christian should and should not watch? Is drawing such a line tantamount to fundamentalism? Are we to simply chalk everything up to a case of personal liberty of conscience? Is it legitimate to compare the sex in the Bible to the sex in a show like Game of Thrones? We must ask and answer these and related questions, if we are to get to the bottom of a Christian ethic regarding what we watch and what we are to abstain from watching.

To be absolutely clear, I would defend liberty of conscience–as set out in our Protestant confessions–to the grave. As the Westminster Confession of Faith (ch. 20.2) states: