According to Bill Muehlenberg of Culture Watch, the American College of Pediatricians has released a statement titled “Gender Dysphoria in Children.”  Muehlenberg is urging everyone to read the documents included in this blog post and then share them far and wide.  He writes: 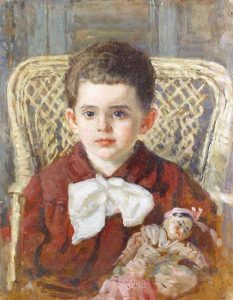 I have penned dozens of articles now seeking to expose the madness and harmfulness of the radical gender bender agenda. Children are especially being targeted by these activists, and are being greatly harmed as a result. The insanity gets worse by the day.

Consider a brief item out of Seattle, Washington: the city council has declared a ban of any attempts to change unwanted homosexual attractions. It is now illegal to try to help someone in this area, even if you are a pastor. But the city of course fully supports the idea of gender bending.

Contradiction much? Joseph Backholm, head of the Family Policy Institute of Washington, points out the absurdity and contradictions of all this: “So we have the situation where the city of Seattle has declared that same-sex attraction is always unchangeable – but your gender is changeable whenever you want to.” Yep, makes perfect sense.

Thankfully some professional bodies have not fallen for this con job, and have stood strong, exposing the bogus nature of this whole enterprise. A while back I wrote about how the American College of Pediatricians released a very important statement called, “Gender Ideology Harms Children”. I offered the full text of this here: billmuehlenberg.com/2016/03/09/gender-benders-harming-our-children/

They have since come out with another, longer statement which everyone needs to be aware of. The document, “Gender Dysphoria in Children,” is a 7000-word statement fully documented and referenced with careful medical and scientific research. The abstract of the statement says this:

Gender dysphoria (GD) of childhood describes a psychological condition in which children experience a marked incongruence between their experienced gender and the gender associated with their biological sex. When this occurs in the pre-pubertal child, GD resolves in the vast majority of patients by late adolescence. Currently there is a vigorous, albeit suppressed, debate among physicians, therapists, and academics regarding what is fast becoming the new treatment standard for GD in children. This new paradigm is rooted in the assumption that GD is innate, and involves pubertal suppression with gonadotropin releasing hormone (GnRH) agonists followed by the use of cross-sex hormones—a combination that results in the sterility of minors. A review of the current literature suggests that this protocol is founded upon an unscientific gender ideology, lacks an evidence base, and violates the long-standing ethical principle of “First do no harm.”

Here is its conclusion:

Gender dysphoria (GD) in children is a term used to describe a psychological condition in which a child experiences marked incongruence between his or her experienced gender and the gender associated with the child’s biological sex. Twin studies demonstrate that GD is not an innate trait. Moreover, barring pre-pubertal affirmation and hormone intervention for GD, 80 percent to 95 percent of children with GD will accept the reality of their biological sex by late adolescence.

The treatment of GD in childhood with hormones effectively amounts to mass experimentation on, and sterilization of, youth who are cognitively incapable of providing informed consent. There is a serious ethical problem with allowing irreversible, life-changing procedures to be performed on minors who are too young to give valid consent themselves; adolescents cannot understand the magnitude of such decisions.

Ethics alone demands an end to the use of pubertal suppression with GnRH agonists, cross-sex hormones, and sex reassignment surgeries in children and adolescents. The College recommends an immediate cessation of these interventions, as well as an end to promoting gender ideology via school curricula and legislative policies. Healthcare, school curricula and legislation must remain anchored to physical reality. Scientific research should focus upon better understanding the psychological underpinnings of this disorder, optimal family and individual therapies, as well as delineating the differences among children who resolve with watchful waiting versus those who resolve with therapy and those who persist despite therapy.  Continue reading