Posted By Marsha West on May 2, 2016 in Church of Jesus Christ of Latter-day Saints (Mormonism), Discernment
Share

Glenn Beck loves playing the role of America’s spiritual leader.  However, we must remember that Mr. Beck is a member in good standing of the Church of Jesus Christ of Latter-Day Saints aka Mormonism. Mormonism is a pseudo-Christian cult.  Glenn Beck makes no bones about the fact that he embraces LDS theology, which is decidedly unbiblical.  So is it really his place to advise evangelical Christians on spiritual matters, especially when it comes to fasting and prayer?

Therefore, Bible believing Christian should NOT take this man seriously.  God reminds us in His Word:

Do not be unequally yoked with unbelievers. For what partnership has righteousness with lawlessness? Or what fellowship has light with darkness? What accord has Christ with Belial?  Or what portion does a believer share with an unbeliever? (2 Corinthians 6:14-15) 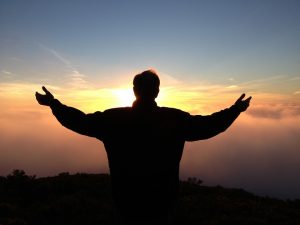 Cruz surrogate Glenn Beck is once again encouraging Americans to join him in a fast in the run-up to a crucial primary vote and to spread the word with the hashtag #Tuesdayfast.

In a Sunday night Facebook post, Beck wrote: “I would like to ask that you, your family and friends join me for a day of prayers, fasting and humility. To beg the Lord to not remove His hand from us. To turn to Him and ask that He will heal our land. Beginning Monday night and running for 24 hours ending on Tuesday will you pray and if possible fast like you have never done before?”

Beck noted that, “I have asked for this in the past and was mocked. It is okay.”

Beck is a fervent supporter of GOP candidate Sen. Ted Cruz (R-TX) and has been campaigning with the Texas senator for months across the country, including in Indiana on Sunday and Monday in advance of the primary there, which many regard as a make-or-break moment for Cruz.

Following Cruz’s defeat in the South Carolina primary, Beck invited America “to join me and my family Monday in a fast for Ted Cruz, our country and the Nevada caucus.” Cruz lost the Nevada caucus three days later.

It’s been a difficult past week for Beck, following news of another round of mass layoffs at his troubled media empire. On Friday, after giving an impassioned “farewell address” of sorts to his 40 laid-off employees from his replica Oval Office, the former radio shock jock joined his co-hosts in donning swim goggles and rubbing his face in a bowl of crushed Cheetos to see if they could “look like Donald Trump.” Continue reading

Um, about that “jesus” Glenn Beck believes in

Glenn Beck receives a “mantle” from a false prophet

See our White Paper on Mormonism

NAR “apostles” are as phony as a three-dollar bill
Connecting the NAR dots: Gumbel, Brodersen and the Neo-Calvary emergence