Bible study author, speaker and blogger Michelle Lesley weighs in on the recent controversy that arose when the announcement came that the president of evangelical apologetics ministry Christian Research Institute (CRI), founded by the late Dr. Walter Martin, had been chrismated into the apostate Greek Orthodox Church.  Lesley writes: 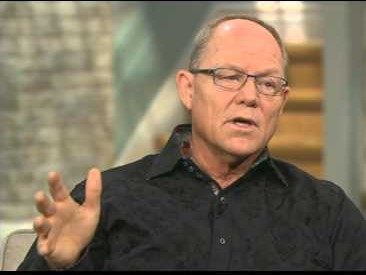 Hank Hanegraaff, the Bible Answer Man. If you hadn’t heard of him before, you probably have by now. President of the Christian Research Institute, author of over twenty books, and host of the popular Bible Answer Man radio call in show, Hanegraaff has been highly regarded in the field of apologetics for years.

Until recently, that is, when he publicly announced that he had been chrismated into the Greek Orthodox church he had been attending for about two years.

Much ink and airtime has been dedicated to specific, unbiblical Greek Orthodox doctrines, and you can learn about those in the Additional Resources section at the end of this article, but I’d like to take a look at a statement Hank made during an interview about his decision to join Greek Orthodoxy:

His journey to Orthodoxy began with a trip to China, when “I saw Chinese Christians who were deeply in love with the Lord, and I learned that while they may not have had as much intellectual acumen or knowledge as I did, they had life,” he said.

On the flight back, Hanegraaff wondered if he was even a Christian. “I was comparing my ability to communicate truth with their deep and abiding love for the Lord Jesus Christ.”¹

There are two telling points in these remarks that I think we, as Christian women, would do well to examine and learn from:

Your feelings and experiences aren’t the biblical basis for decision-making.
Just taking Hank’s own words at face value, his feelings about salvation and what the Christian life “should” be like, and his experience with the Chinese Christians – not Scripture – were, at the very least, his first step away from a doctrinally sound church.

The Bible – which is what this whole Christianity thing we’re doing is based on – makes very clear that we can’t trust our feelings. We can’t trust that they’re real, rational, or biblically appropriate. And our experiences are notoriously unreliable as well. How many times have you acted, spoken, or made an assumption based on what you thought was happening right in front of you, only to find out later that your assessment of the situation was wrong, you had misunderstood, or you had jumped to the wrong conclusion?

That’s why God tells us that His written word – not our feelings and experiences – is the standard by which we live our lives and the basis for every decision we make. Our hearts and minds are sinful and fallible. God’s word is not. It can be trusted. It proves true every time it’s tried. God’s word is sufficient, and it – not our feelings and experiences – is our authority.

Most of us have heard the scenario of the woman who cheats on her husband and then says things like, “I think God is calling me to divorce my husband so I can be with my lover. I just feel like God would want me to be happy.” And most of us could point her to Scriptures that clearly refute her feelings- that God is not calling her to get divorced because He intended marriage to be for life, and that adultery is sin that needs to be repented of, despite how “happy” it makes her.

If we would give Scripture the preeminence over feelings in that kind of situation, why would we not give Scripture the preeminence over feelings when it comes to something as important as what we believe about God and the kind of worship He finds acceptable? One woman’s adultery is paltry in comparison to the nature of God and the doctrine and practices of Christ’s church. Yet, so often, we bow the knee to the god of what we think and feel and prefer rather than what the God of the Bible commands.  Continue reading

9 Responses to The Heart of the Hanegraaff Hubbub: Dethroning the God of Your Personal Experiences