You’ll want to reference our White Paper on What Is Heresy?

Included in the following piece is a list of specified, defined heresies. Some of the examples given are: Antinomianism, Arianism, Modalism, Montanism, Pelagianism, Sabellianism, and the Galatian Heresy (works righteousness).  All are prominent heresies.  Because the visible Church is infested with heresy, believers must do as the Bereans did (Acts 17:11). We must read and study the scriptures to find out if someone’s teaching is true or if it is false.

P&P tells us what heresy is and what it is not — and what they consider damnable heresy: 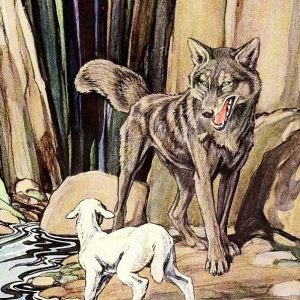 That’s pretty much how the majority of heresy discussions go. The term is often – but not always – misapplied in various ways. Unfortunately, the term has been misapplied so frequently that some have thrown out the term altogether, and choose not to use it at all. But, heresy is a fine word. There’s no reason to throw it out. Heretic is a fine title to give someone, and there’s no reason we should stop. We just need to make sure that we’re using it correctly.

WHAT HERESY IS NOT.

Secondly, a heretic is not someone who behaves poorly, merely because they behave poorly. Although heretics often do behave poorly, and their behavior may be due to a heresy they hold, the poor behavior in and of itself isn’t heresy. Heresy relates to beliefs or doctrines, and not behavior. There is an exception to this rule, and it is found in Titus 3:10, in which the schismatic man (αἱρετικὸν or “heretic”) is to be warned once and then avoided. This is a behavioral heresy that causes schism in a local church, and the heresy could be called schismaticism, the intentional disruption and warrantless division in a local church body.

Thirdly, a heretic is not someone who is merely wrong about a point of doctrine. Yes, a heretic is wrong about a point of doctrine, but heresy pertains to particular points of doctrine of which they are wrong which rise to the level of “heresy.” For example, holding an eschatological view (like how the Mark of the Beast works) that maintains essential doctrines like the return of Christ, the resurrection of the dead, and coming judgment, it’s not heresy.

Heresy – properly understood – is a false teaching with eternal consequences for those who hold to it, and typically deal with either the ontology (nature) of God or soteriology (salvation). Chiefly explained, heresy is a false doctrinal teaching that so changes the nature of God that the object of one’s worship is no longer the God of Scripture or changes the understanding of salvation to the extent that it cannot save.

Historically, heresy has been understood as dealing with these two primary issues. Arianism, Modalism, and Marcionism all change the ontology of God so severely, that it cannot be said that those holding to these doctrines are worshiping the God of Scripture. Denying the deity of Christ, the Holy Trinity, or the sameness of the God of the Old and New Testament (respectively) all make that god not the God of Holy Writ. Therefore, those holding to it are practicing idolatry and are damned in their doctrine. Likewise, those holding to Pelagianism, the Galatian Heresy, or Antinomianism all change the doctrine of salvation (respectively) that they are damning for those who hold to them.

WHAT IS DAMNABLE HERESY?

Damnable heresy is a redundant term. All heresy is damnable – by its very definition. The term is used (unwisely, often times) by those trying to distinguish heresy from heterodoxy.

Heterodoxy is a teaching that is not orthodox. It can be any teaching that is wrong, and doesn’t accord to standard or historic Christian teaching. There are many, many heterodox teachings that – although wrong – do not rise to the level of heresy. These are what we might call “secondary issues” or “tertiary issues.” Depending upon your theological outlook, one might view mode of baptism, eschatological views, worship convictions, or evangelism methodologies as issues of heterodoxy rather than heresy because misunderstanding some of these doctrines are tragic, yet do not damn the soul (it is granted that more extreme viewpoints on anything could be heretical, but I am writing in the most general way possible while recognizing the infinite number of ways people have thought up to be stupid, doctrinally).

So then, if Doctrine A is wrong Biblically, but it does not affect one’s worship of the True God and it does not affect the true understanding of salvation, it is not yet heretical but is heterodoxical. If Doctrine B is wrong Biblically, and it so mangles their understanding of God that it makes him into a false god, or if it botches salvation entirely, it’s not merely heterodox, it is heretical.

Orthodoxy has a two-fold definition. In its plainest of terms, to be orthodox means to simply be “right thinking.” All correct doctrine is, by definition, orthodox. However, academically, orthodoxy also has a historic component to it. As Protestants (myself holding to the Second London Baptist Confession), we recognize that the only infallible rule of faith or practice is the Holy Scripture, and not church history. However, there is such a thing as “historic theology,” and it is a helpful tool to use in determining how far something has strayed from orthodoxy. The second component of orthodoxy is historicity. The question should be, “Has the historic church condemned this [aberrant teaching] as heresy?” In certain (but extremely rare) cases, heresies are new, and there is no historic record of its denunciation by the church. However, most heresies – or variant strains of them – go back millennia, and if the “Church Historic” has widely(that’s an important adjective) denounced those things as heresy, then they do not qualify as orthodoxy. Other practices or doctrines, which we find objectionable but which the church has historically found great peace with in certain centuries or regions and which do not affect God’s ontology or soteriology, we should be slow to say aren’t orthodox.

Understanding both the Biblical and historical caveats of orthodoxy should make us understand that saying something is or isn’t orthodox doesn’t mean that we are saying it is necessarily right or necessarily wrong, but speaks to how far outside the spectrum of acceptable historic Christian thought that practice or doctrine may be.  Continue reading