Posted By Marsha West on August 13, 2016 in Biblical Illiteracy, Discernment 8

The late Ken Silva, owner of Apprising Ministries and Christian Research Network, wrote this blog post in 2012. His reflections from four years ago were true then and they are even more pertinent today. Ken lamented that, “Our young people are growing up in a dying nation, awash with relativistic political correctness, and skeptical, godless school systems indoctrinating them into the religion of secular humanism. The older generation is angry with the young because they will not listen to them, and the kids are bitter and angry because they don’t know who to listen to! People end up feeling like the frazzled housewife in the old TV commercial going through an incredibly hectic day until she finally cries to the product, ‘take me away!’”

“You are the salt of the earth, but if salt has lost its taste, how shall its saltiness be restored? It is no longer good for anything except to be thrown out and trampled under people’s feet.” (Matthew 5:13) 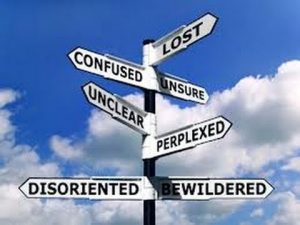 Unfortunately we live in a time where there is just so much misinformation floating around; not only in the religious arena, but in every area of life. It brings this quote from wise old Solomon to mind: he who increases knowledge increases sorrow  (Ecclesiastes 1:18b). Many people seem so confused; and there’s lots of good reason why because with the false philosophy of postmodernism things that once seemed certain, are now being debated, and/or are simply redefined.

Christian Apologists Paul R. Belli and G. Richard Fisher of the respected counter-cult/apologetics ministry Personal Freedom Outreach are correct when they point out:

For too long, the Church has avoided essential Christian doctrine. Because we don’t do our homework, we produce theologically weak Christians. As a result, members fall prey to cults which could ultimately lead them away from a saving knowledge of Jesus Christ. Messages from the pulpit and from Sunday School teachers rarely focus on the essentials of our faith.

If anything, they are quickly touched upon or referenced to, causing little understanding and lots of confusion in the process. “Doctrine divides” has been the hue and cry. Yes, doctrine does divide – that’s its very purpose.

It divides us from the Jehovah’s Witnesses and from those [who would teach false doctrine, and] who promote a distorted view of Christ…[w]ith such a teaching vacuum created, this was bound to happen. Until the issue of how to properly handle the Word of Truth is dealt with by the Body of Christ, these problems are going to continue and false teachers…will continue to flourish.

Our young people are growing up in a dying nation, awash with relativistic political correctness, and skeptical, godless school systems indoctrinating them into the religion of secular humanism. The older generation is angry with the young because they will not listen to them, and the kids are bitter and angry because they don’t know who to listen to! People end up feeling like the frazzled housewife in the old TV commercial going through an incredibly hectic day until she finally cries to the product, “take me away!”

Is it any wonder why everybody is so on edge, and growing ever more nervous and confused in our caffeine-driven society? As the story goes:

There was a young man who was pacing back and forth incessantly in a room adjoining an auditorium where a series of lectures was being given.

A kind lady finally stopped him and said, “You seem quite nervous about going up to speak next.”

The woman asked, “Is that so; then what are you doing here in the Ladies Room?”

So you see, it’s quite easy to get turned around.

Study To Show Yourself Approved 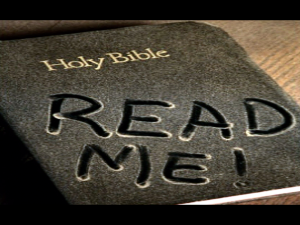 How is it there is such confusing, and conflicting opinion in virtually every area of life? Well, the answer must be stated bluntly; there are too many who just do not have the proper qualifications to speak on the subjects about which they are so quick to pontificate on. Today we have a veritable cornucopia of so-called “experts,” who are simply no more capable in their fields than TV’s fictional Tim “The Tool Man” Taylor is in his Home Improvement workshop.

So, now it’s imperative that you be very careful to thoroughly check out whom it is that you choose to listen to. From the poison fruit of secular humanism and relativism we now have a severe crisis of morality in our society, and as a result there are many scholars who do not use proper ethics in their works. The honest scholar seeks to discover the actual truth; regardless of his own personal convictions. And while all of us, as human beings, are biased to at least some degree, the honest researcher does his best to set these presuppositions aside.

In the case of those of us who are Christians, we sincerely ask the Lord to keep our prejudices out of our work, but the fact remains: the objective seeker of truth is interested in one thing only: What does the actual evidence show to be true. And today more than ever as we see this apostasy growing and the sky turning red this morning, we must — Do your best to present yourself to God as one approved, a worker who has no need to be ashamed, rightly handling the word of truth (2 Timothy 2:15).

The time is now for the Christian to get back to studying what the Bible itself has to say and to further equip the saints to contend for the faith that was once for all delivered to the saints (Jude 3). I tell you in the Lord that teachers of a counterfeit Christianity like Rick Warren and Brian McLaren and Joel Osteen have been allowed by the Lord as judgment against the church visible. It’s a wake-up call if you will; but the good news is, it’s not too late. Let’s renew our vows to our great God and Savior to boldly stand for His Truth, no matter what; to the end.

For it is written:

My soul continually remembers it and is bowed down within me. But this I call to mind, and therefore I have hope: The steadfast love of the LORD never ceases;his mercies never come to an end; they are new every morning; great is your faithfulness.

“The LORD is my portion,” says my soul, “therefore I will hope in him.”The LORD is good to those who wait for him, to the soul who seeks him. It is good that one should wait quietly for the salvation of the LORD. (Lamentations 3:20-26)

8 Responses to It’s not too late