Posted By Marsha West on November 15, 2015 in Islam
Share

Michael Goodwin of the New York Post wrote a scathing piece that was directed at Barack Obama. Because the United States has failed to lead in the fight against Islamic terrorism, Goodwin believes that the terrorists smell weakness.  He points out that,

In the last two weeks, [ISIS] shot down a commercial Russian airliner over Egypt and carried out bombings in Beirut. And then came Paris.

Its ability to inflict unprecedented casualties in such far-flung locations mark a growing strength and sophistication. The terrorists smell weakness and have increased the pace of their aggressive expansion. Their aim of global conquest must be taken seriously. 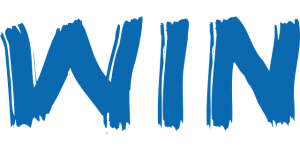 In any time and place, war is fiendishly simple. It is the ultimate zero-sum contest — you win or you lose.

That eternal truth is so obvious that it should not need to be said. Yet even after the horrific slaughter in Paris, there remains a distressing doubt about whether America’s commander in chief gets it.

President Obama has spent the last seven years trying to avoid the world as it is. He has put his intellect and rhetorical skills into the dishonorable service of assigning blame and fudging failure. If nuances were bombs, Islamic State would have been destroyed years ago.

He refuses to say “Islamic terrorism,” as if that would offend the peaceful Muslims who make up the vast bulk of victims. He rejects the word “war,” even as jihadists carry out bloodthirsty attacks against Americans and innocent peoples around the world.

He shuns the mantle of global leadership that comes with the Oval Office, with an aide advancing the preposterous concept that Obama is “leading from behind.” He snubs important partners like Egypt, showers concessions on the apocalyptic mullahs of Iran, and called the Islamic State the “jayvee team” even as it was beginning to create a caliphate.

Having long ago identified American power as a problem, he continues to slash the military as the enemy expands its reach. In a globalized era, the Obama doctrine smacks of cowardly retreat and fanciful isolation.

In an accident of timing that captures his cluelessness, the president actually declared on Friday morning that Islamic State had been “contained,” practically boasting in a TV interview that, “They have not gained ground in Iraq and in Syria.”

What gall. What folly.

Paris is the final straw. Obama’s exemption from reality has expired. He must either commit to leading the free world to victory, or step aside so someone else can.

There is no more time to avoid the truth of war. America must organize the combined forces of the civilized world before Islamic State makes good on its vow to “taste” more American blood.  Continue reading

ISIS is Near, No One is Safe and Why We Should Think About It
Massachusetts OKs woman’s anti-Christian license

One Response to It’s time for Obama to make a choice: lead us or resign