Posted By Marsha West on December 30, 2015 in Revival
Share

In this piece, Bill Muehlenberg of Culture Watch describes what it would look like if the Church were to experience a true revival.  What must the Body of Christ do to get there? First and foremost  “The Word of God is crucial,” says Muehlenberg, “and we will not see God moving in glorious revival if we do not put the highest priority on Scripture, its proclamation, its reading, and its obedience.” 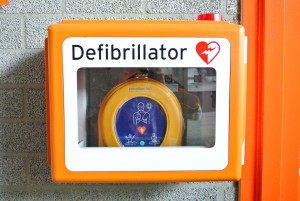 The need of the hour is revival. All believers should be praying for heaven-sent, life-changing revival. Without it the West looks to be all but finished. While whole libraries have been filled with books on revival, let me look at one case of biblical revival, and the basis of it.

You would be familiar with the story. Josiah came to the throne at eight years of age and ruled for 31 years. During the eighteenth year of his reign (622 BC) the Book of the Law (most likely Deuteronomy) was found while temple repairs are being carried out.

While he had been involved in various reforms before this, real revival breaks out after the Word of God is found. The enormity of the predicament Judah is in and the need for change becomes clear to Josiah as he reads the book. We read about his response in 2 Chr. 34: 29-33.

Then the king called together all the elders of Judah and Jerusalem. He went up to the temple of the Lord with the people of Judah, the inhabitants of Jerusalem, the priests and the Levites – all the people from the least to the greatest. He read in their hearing all the words of the Book of the Covenant, which had been found in the temple of the Lord. The king stood by his pillar and renewed the covenant in the presence of the Lord – to follow the Lord and keep his commands, statutes and decrees with all his heart and all his soul, and to obey the words of the covenant written in this book. Then he had everyone in Jerusalem and Benjamin pledge themselves to it; the people of Jerusalem did this in accordance with the covenant of God, the God of their ancestors. Josiah removed all the detestable idols from all the territory belonging to the Israelites, and he had all who were present in Israel serve the Lord their God. As long as he lived, they did not fail to follow the Lord, the God of their ancestors.

This was a real turning around for the people of Judah. Sadly, it was not to last (as is often the case with revival), and after Josiah died, he was followed by Jehoahaz who “did evil in the eyes of the Lord, just as his predecessors had done” (2 Kings 23:32).

But a period of grace, renewal and reform took place which was to be among the great highlights of Judah’s history. And it was all solidly based on a clear commitment to the Word of God. Biblical revelation is always the basis for powerful renewal and revival.

The story of Josiah illustrates the critical role of written revelation to establish practice of faith. Josiah began the work of purification in Jerusalem some ten years before the discovery of the book of the Law in the temple (2 Chron. 34:3). It was the written Word that was the impetus to renewing the vow and centralizing worship at the temple. Though tradition and symbol are critical to faith, the written Word provides a foundation to endurance and faithfulness.   Continue reading

Will True Christians Please Stand Up?
Selling Stardom: A Christian path to Hollywood

2 Responses to Josiah, Revival and the Word of God