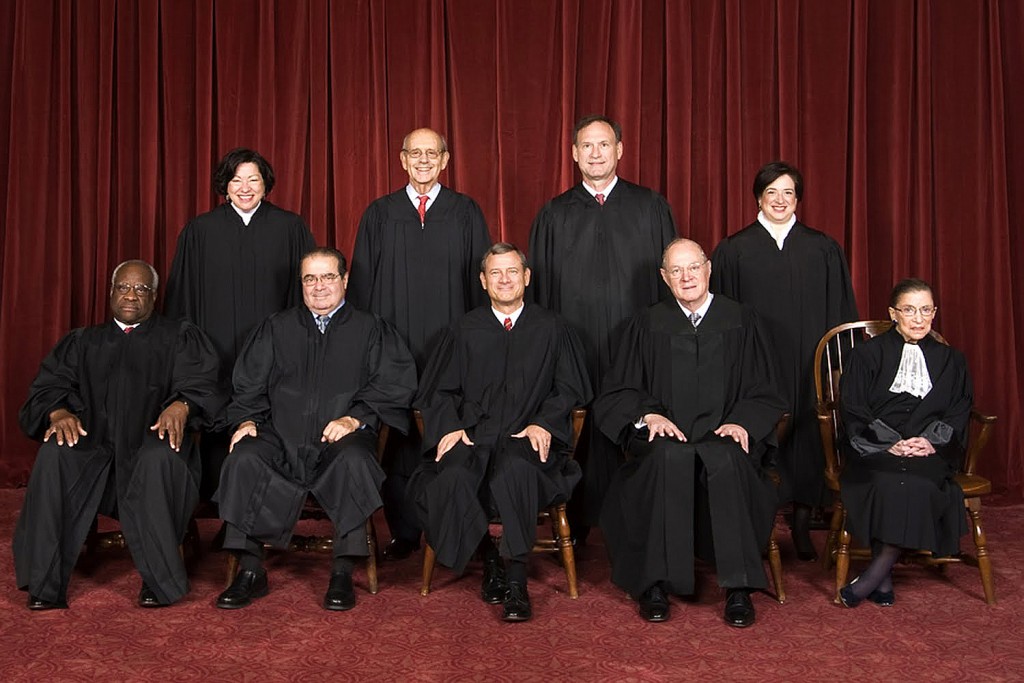 The “unelected committee of nine.”

(Christian News Network) As one of the four justices that dissented from today’s U.S. Supreme Court ruling declaring that all 50 states must legalize same-sex “marriage,” Justice Antonin Scalia issued a sharp rebuke of his colleagues’ arrogance, warning that “pride goeth before a fall.”

“The opinion is couched in a style that is as pretentious as its content is egotistic,” he wrote. “It is one thing for separate concurring or dissenting opinions to contain extravagances, even silly extravagances, of thought and expression; it is something else for the official opinion of the court to do so.”

Scalia was speaking of his disapproval of five black-robed justices issuing an edict that he opined was “highly unrepresentative” of the nation and “hardly a cross-section of America.”

“Today’s decree says that my ruler, and the ruler of 320 million Americans coast-to-coast, is a majority of the nine lawyers on the Supreme Court,” he said. “And to allow the policy question of same-sex marriage to be considered and resolved by a select, patrician, highly unrepresentative panel of nine is to violate a principle even more fundamental than no taxation without representation: no social transformation without representation.”

“This practice of constitutional revision by an unelected committee of nine, always accompanied (as it is today) by extravagant praise of liberty, robs the people of the most important liberty they asserted in the Declaration of Independence and won in the Revolution of 1776: the freedom to govern themselves,” he said.

Scalia then began to speak with sarcasm, stating that he believed the justices’ ruling reeked of arrogance.

“[W]hat really astounds is the hubris reflected in today’s judicial putsch,” he said. “The five justices who compose today’s majority are entirely comfortable concluding that every state violated the Constitution for all of the 135 years between the Fourteenth Amendment’s ratification and Massachusetts’ permitting of same-sex marriages in 2003.” Continue reading

Would the Son of God Contradict the Father?
The Body Politic Is Queer