In this piece, Bud Ahlheim tackles the propensity some Christians have to “bind Satan.”  As if that’s even possible. Ahlheim reminds us that “a simple reading of Scripture and the application of just a bit of common sense would do much to aid believers in avoiding the pitfalls of spiritually toxic teachings, particularly those within the realm of spiritual warfare.”  He includes Justin Peters’ and Jim Osman’s teaching on Spiritual Warfare. Be sure to take a look at our White Paper on this controversial topic. Now listen to what Bud has to say: 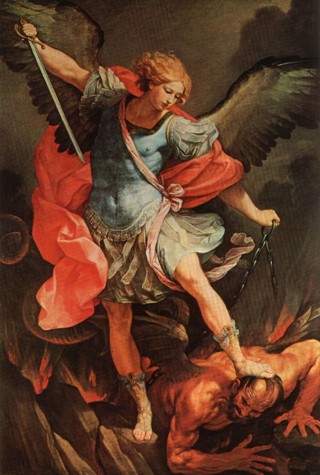 The modern church’s belief about what constitutes spiritual warfare is, as Justin Peters remarked, perhaps no better exemplified than by the almost universal, though Scripturally absent, practice of believers “binding Satan” or “binding demons.”   A Google inquiry for the phrase “binding Satan” returns over 564,000 hits.  A search with the prefatory “how to,” as in “how to bind Satan,” results in over 501,000 digital links.  Since the implementation of this maneuver requires prayer, searches for “binding Satan prayers” or “binding demons prayers” yields 420,000 hits for the former and 346,000 for the latter.

Popular interest in this maneuver is clearly impressive and, sadly, it reflects the biblical ignorance that itself is the modern church’s most pervasive malady. The notion of binding Satan exudes a pernicious presumption of the Devil’s ubiquity, attributing to him an omnipresent characteristic exclusive to God. The perception is given that his powers, particularly over the blood-bought chosen and redeemed of Christ, are nearly insurmountable, save for the mystical incantations and presumed authority of believers this false form of spiritual warfare teaches.

While it helps fill pews, sell books, and provides an appealing mystique of spiritual and mystical melodrama, this false teaching of spiritual warfare is something few believers seem to recognize as erroneous.  Apparently few pastors, churches, and denominations bother to teach the actual Biblical responsibilities and engagement believers are to use in authentic spiritual warfare. It’s just much simpler to let fallacies persist than to do the hard job of rightly handling the word of truth (2 Timothy 2:15) and obediently feeding Christ’s sheep. (John 21:17)

Yet a simple reading of Scripture and the application of just a bit of common sense would do much to aid believers in avoiding the pitfalls of spiritually toxic teachings, particularly those within the realm of spiritual warfare.

“Common sense goes a long way in dispelling a lot of these myths, aside from the theology.” Justin Peters

Consider one example drawn from applying common sense to Scripture.

Of the thirteen epistles penned by the apostle Paul, his second letter to the young Timothy was the last one he wrote that is included in the New Testament canon.  Scholarship dates this letter to 66 or 67 AD, being penned by Paul as he was imprisoned in Nero’s Rome and facing certain martyrdom.  This letter doesn’t find the apostle expounding doctrinal details or combatting fresh born heresies.  It finds him passing on, for the last time, a word of encouragement and exhortation as the mantle of Paul’s ministry was being handed off to Timothy, his “beloved child.”  (2 Timothy 1:2)

Given the simple context of these known circumstances in which Paul penned this inspired, final epistle, we can assume that Paul is going to write on matters of the utmost importance to Timothy. He’s going to emphasize the most critical things to which the young minister ought pay heed. What Paul writes, then, and, notably, what he doesn’t write, is particularly instructive for us.

So what does he emphasize and omit in his letter to Timothy? Paul, “bound with chains as a criminal” (2 Timothy 2:9), encourages Timothy to persevere in the faith, to “not be ashamed of the testimony about our Lord,” (2 Timothy 1:8), to “be strengthened by the grace that is in Christ Jesus” (2 Timothy 2:1) and to be diligent to “present yourself to God as one approved, rightly handling the word of truth”  (2 Timothy 2:15)  It was on this “word of truth” that Paul would elaborate in two verses (that ought to be) well-known to Christians.

“All Scripture is breathed out by God and profitable for teaching, for reproof, for correction, and for training in righteousness, that the man of God may be complete, equipped for every good work.”  2 Timothy 3:16-17

Fight the Spiritual Forces of Wickedness — and Win! by Marsha West