Posted By Marsha West on July 17, 2015 in Liberalism
Share 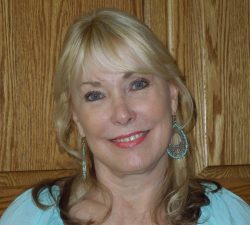 The truth is incontrovertible, malice may attack it, ignorance may deride it, but in the end; there it is. — Winston Churchill

Where I found truth, there found I my God, who is the truth itself. — Augustine

Almost anything is possible if one has the power to change the definition of words. Take for example the word truth. Once upon a time truth had a clear concise meaning.  Merriam-Webster’s dictionary (M-WD) defines truth as “the body of true statements and propositions. Truth is the ‘state of being the case.'”  In other words, it is a fact. A fact is something that actually exists, or an actual occurrence.  M-WD defines In truth as in accordance with facts. “Facts are stubborn things,” said John Adams, “and whatever may be our wishes, our inclinations, or the dictates of our passion, they cannot alter the state of facts and evidence.”

In our post-modern culture a number of people have come to believe that there is no absolute truth.  For them all truth is relative.  M-WD defines relativism thusly: “A theory that knowledge is relative to the limited nature of the mind and the conditions of knowing (b) a view that ethical truths depend on the individuals and groups holding them.”  The relativist will declare, “What’s true for you is not true for me” also “no one can know anything for sure.” For the relativist there is no universal moral truth, only what each individual perceives as truth. We all have our own truth, they say, and it is intolerant to push our views on others.

Surprisingly a growing number of self-professed Christians embrace the concept of moral relativism even though doing one’s own thing is patently unbiblical.

“What is truth?” Pontius Pilot asked Jesus prior to sending Him to the cross. In this instance Jesus chose to remain silent, but on other occasions He addressed the truth question head-on.  For instance, He stated “I am the way, the truth, and the life: no man cometh unto the Father, but by me (John 14:6).  Anyone who rejects Jesus Christ will not enter the Kingdom of Heaven — ever.

Truthful means “telling or disposed to tell the truth.” Truth defines what a person believes in. It is not abstract, like a feeling or an idea. Jesus declared, “Sanctify them by the truth; your word is truth” (John 17:17). “Your word” is the Bible, both Old and New Testaments.  Take the time to read it “and ye shall know the truth, and the truth will make you free” (John 8:32).

Ask yourself this question, professed Christian: If there is no absolute truth as the moral relativist claim, then why did the Apostle John assert, “For the law was given through Moses, but grace and truth came by Jesus Christ” (John 1:17)?

Liberal ideologues redefine words to help advance a religious, political, environmental, scientific or social agenda. Never mind that to do so is to pervert the truth. Their motto is “The end justifies the means” or to be more precise: Do whatever it is you must in order to get the result you want, regardless of the methods used.  “It does not matter whether these methods are legal or illegal, fair or foul, kind or cruel, truth or lies, democratic or dictatorial, good or evil.”

The cults are infamous for perverting historically accepted biblical terms. “Is it any wonder then,” said the late Christian apologist/polemicist Dr. Walter Martin in The Riddle of Semantics, “that orthodox Christians feel called upon to openly denounce such perversions of clearly defined and historically accepted biblical terminology, and claim that the cults have no rights — scholastically, biblically, or linguistically — to redefine biblical terms as they do?” (Source)

Oh that more evangelical Christians would feel called upon to denounce cultists who bastardize Christianity. Likewise, politicians are infamous for taking a word and twisting it into a pretzel. Even a former president of the United States did some fancy word twisting when he thought it would get him off the hook. You may recall how Bill Clinton stunned the nation during the Monica Lewinsky probe when he stated under oath:

If the — if he — if ‘is’ means is and never has been, that is not — that is one thing. If it means there is none, that was a completely true statement….Now, if someone had asked me on that day, are you having any kind of sexual relations with Ms. Lewinsky, that is, asked me a question in the present tense, I would have said no. And it would have been completely true.

In an age of moral relativism there’s no virtue in honesty. In fact, being dishonest, underhanded, unfaithful, unashamed and unrepentant is commonplace among our elected officials – even worse, those who profess a belief in Jesus Christ!  It is a sad day when our Christian clergy and Church leadership blatantly sin and exhibit no remorse and only repent when others compel them to.

When it comes to perverting the intended meaning of words unscrupulous radical gay activists are sharper than a dual blade saw.  They know all too well that if they’re going to achieve the acceptance they yearn for, they must manipulate words that are a stumbling block to their cause…which is to make same-sex sex appear as normal as, well, normal heterosexual sex.

For example, homosexuals have fought to prohibit thought on the question of whether or not sodomy is normal. Anyone who dares to take the position that sodomy is unnatural is accused of spreading hate.  Even our once free press is no longer free to be critical of homosexuality for fear of the Lavender Police coming down on them.  Not surprisingly the gay activists that are supposedly all about tolerance go mute when the media smears a gay conservative or a Christian leader.

Before radical homosexuals stripped “normal” of its original definition, it meant “occurring naturally.” This leads one to wonder: If a practice goes against nature, is it normal or abnormal? Common sense dictates that man on man/woman on woman sex is not only abnormal it is in fact a sexual perversion. I can report that this is true because the M-WD defines perversion as “an aberrant sexual practice or interest especially when habitual.”

If we can’t trust M-WD to give accurate word definitions, we’re doomed! So, in order to mainstream homosexuality gays and lesbians have had to resort to perverting the meaning of words. And to avoid hurting a homosexual person’s feelings, a large number of people (including people of faith) have all but waved the white flag of surrender.

The reason I bring up homosexuality is not to attack gays and lesbians, as I will certainly be accused of, but to show that liberals have had huge success in changing vocabulary and terminology to normalize aberrant behavior.  Other examples of this are fanatical feminist fruitloops who’ve been pushing to change the meaning of the word “prostitute” to “sex-worker.” And then there are the pathological perverts whose primary sexual preference is for prepubescent boys and girls insisting on replacing the term pedophilia with the softer sounding “intergenerational sex.”

Moving back to the cults, as I pointed out the cults are masterful at word manipulation as stated by Dr. Martin:

If the reader consults the Metaphysical Bible Dictionary, published by the Unity School of Christianity, he will see the masterpiece of redefinition for himself. For in this particular volume, Unity has redefined exhaustively many of the cardinal terms of biblical theology, much as Mary Baker Eddy did in her Glossary of Terms in the book Science and Health With Key to the Scriptures. The reader will be positively amazed to find what has happened to biblical history, the person of Adam, the concept of human sin, spiritual depravity, and eternal judgment. One thing, however, will emerge very clearly from this study: Unity may use the terminology of the Bible, but by no stretch of the imagination can the redefinition be equated with the thing itself. (Source)

To put it bluntly, cultists lie.  M-WD defines liar thusly: to make an untrue statement with intent to deceive.  2: to create a false or misleading impression.

For the liberal elites (the news media, politicians, jurists, attorneys, radical homosexuals, rabid feminists, Hollywood, environmental extremists, scientists, educators, even some religious leaders) words are whatever they say they are!

Most Americans have been asleep at the wheel while powerful far left ideologues work ’round the clock to create words in his or her own image. Before long we’ll all be echoing “One Nation Under Liberals.”  However, for them to accomplish their desired goals they must first obliterate truth. Dr. Martin warned of the dangers of perverting semantics:

The problem of semantics has always played an important part in human affairs, for by its use or abuse, whichever the case may be, entire churches, thrones, and governments have been erected, sustained, or overthrown. The late George Orwell’s stirring novel 1984, in which he points out that the redefinition of common political terms can lead to slavery when it is allowed to pass unchallenged by a lethargic populace, is a classic illustration of the dangers of perverted semantics. It should be of no particular surprise to any student of world history that trick terminology is a powerful propaganda weapon. (Source)

The lethargic populace seems not to realize what some sly devils have been doing. And if the populace is aware of what’s going on they seem not to understand the dangers of perverted semantics.  People had better come out of their stupor before it’s too late.

Adapted from Words Are Whatever I Say They Are

Four U.S. Marines murdered by ISIS shooter in Chattanooga
In Case You Still Aren’t Sure About The Shack and Its Author . . .

One Response to Liberals change word meanings with intent to deceive